Does not subside the Italian volcano Etna 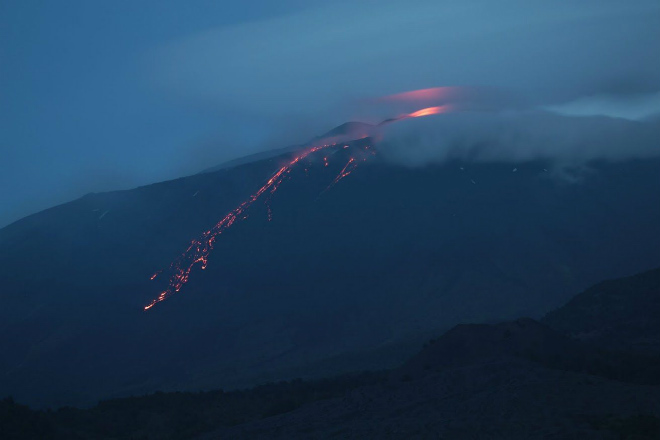 The second eruption occurred at the summit crater Voragen of mount Etna this morning, less than 24 hours after yesterday’s explosion. Activity giant is currently still ongoing, but decreasing. Meanwhile, the lava flow on the Eastern side continues to be active.

The first eruption of Etna in 2016 is changing rapidly with the participation of 3 of the 4 summit craters. After 17 and 18 may, strombolian activity occurred in the North-East crater, a short but very powerful lava fountain occurred at the home of the highest vent Voragen.

The sequence of events during the eruptions of Etna is often difficult. The current violence of the volcano was no exception with some common features last paroxysm Voragine 6 December 2015.