Dozens of people died from the anomalous colds in India 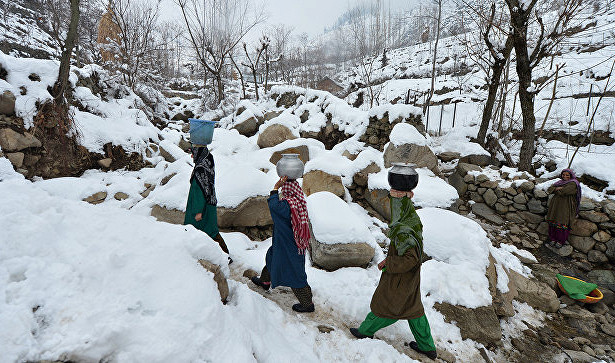 More than 40 people died from the abnormal cold in the Indian state of Uttar Pradesh in the north of the country, where about 200 million people live.

Over the past week, record colds were recorded in this state, the minimum temperatures in some regions ranged from 2.9 to 7.5 degrees. At the same time, there is no central heating in the country. In total, from the cold since January 5, 143 people died here, among whom there are children.

The collision of the air fronts and high humidity led to the appearance of a thick fog, which seriously violated the railway traffic in Uttar Pradesh. As of the morning of Wednesday, visibility in many areas did not exceed 15-20 meters.

For this reason, the authorities decided to cancel or delay the dispatch of dozens of trains. In addition, the state has recorded at least a few accidents, mainly due to low visibility. At least five people became their victims.

Classes in all primary and secondary schools are still canceled. Meteorologists predict that the current weather conditions will continue in Uttar Pradesh for another two days.