DPRK fears a dust storm from China that could bring coronavirus 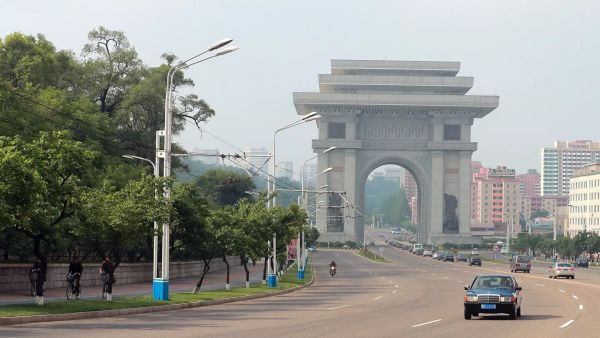 The Protocol Department of the DPRK Foreign Ministry notified the embassies and representative offices of international organizations in Pyongyang about the approach of a dust storm, which, according to the North Korean side, could bring the coronavirus into the Republic with dust particles, the Russian Embassy in Pyongyang reported.

“The Protocol Department of the DPRK Foreign Ministry informed our embassy and other diplomatic missions accredited here, as well as representatives of international organizations that, due to the expected approach of a dust storm from China, all foreigners in the DPRK are strongly advised from morning until the end of the day. October this year exclude going out into the city and stay at home, tightly closing the windows, “- said in the message of the Russian Embassy on Facebook.

“As we were explained, these measures are due to the fact that, together with particles of” yellow dust “, a new type of coronavirus can be introduced into the territory of the republic,” the embassy added.

The Russian diplomatic mission noted that the Consulate General in Chondin and the RasonConTrans JV specialists in Rason received a similar warning. The embassy added that the Russian side will follow the recommendations of the North Korean authorities.

DPRK leader Kim Jong-un, in his speech at the holiday parade in honor of the 75th anniversary of the founding of the Workers’ Party of Korea, thanked his people for the fact that there are no COVID-19 patients in the country.