Driven from their burrows by flooding the snake attack Birobidzhan 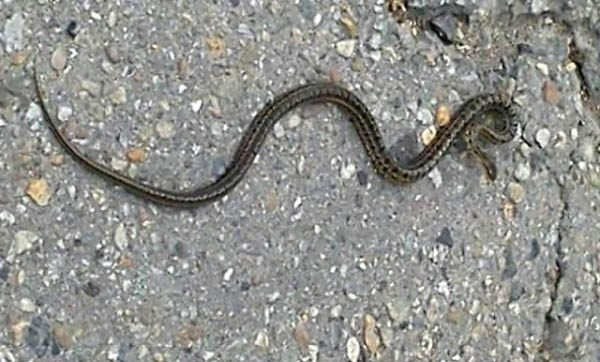 High water on the rivers of the Jewish Autonomous region became the reason of appearance of snakes in Birobidzhan, documented cases of bites.

There were two cyclone, the water in the rivers rose up and forced the snakes to seek higher ground – they appeared in Birobidzhan. The invasion can not be called, but there are venomous species Copperhead, Viper, – the chief of regional management on protection and use of objects of fauna Alexey Feoktistov.

According to him, this phenomenon occurs almost every year during floods.

As told the Agency the inhabitant of Birobidzhan Anna Ignatieva, snakes are on the roads, in the courtyards of hospitals and high rises, grilles fences and gates.

Visually this time the serpent on the streets more than in previous years – said the woman.

Over the last week reported four cases of snake bites are poisonous, but not dangerous for the life of Copperhead and Viper. They are dangerous to people only with adverse allergic anamnesis. However, in these cases nothing but a small edema and other manifestations of allergic nature was not observed, – said the chief doctor of ambulance station of Birobidzhan Leonid Gulenok, adding that among the victims while adults only.

According to EMERCOM of Russia in the Jewish Autonomous region, currently, the river Bira Birobidzhan have flooded low floodplain, the water level is 334 cm, on the Amur river and other rivers of the region, there is a rise in water levels and flooding of the low floodplain. The water rose due to fallen during the last two of which covered the South of the Far East cyclones heavy rainfall.