Drought and flood: Russia is on the orange level of danger 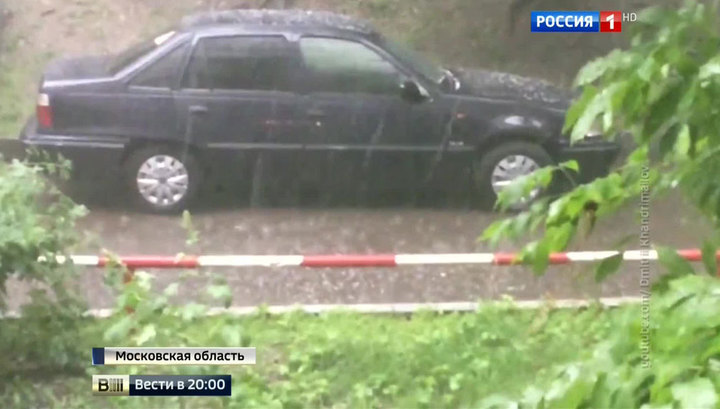 High — orange – level weather risk introduced in many regions of the country. In some areas the heat and drought, and somewhere in the hurricane winds, large hail, heavy rains and thunderstorms.

The streets flood, many towns were left without electricity. From lightning strikes hurt people. And it’s not over. Storm warning in the Rostov region and the Kuban, the storm front is in the Central regions in several districts of the Moscow region now the rain wall.

The streets of Ulyanovsk after a severe storm turned into a raging river. To draw the attention of the local public utilities to clogged storm drains, residents staged a Canoeing.

Flashes of lightning, peals of thunder, squally wind — the storm struck in many cities of Central Russia, the Volga region and the North-West. In St. Petersburg hurricane fallen trees damaged dozens of cars.

In the suburbs the same picture. Some areas – like after the bombing: around uprooted trees, according to the MOE, about four hundred, broken lines. Some houses remained without electricity all night.

Over the past few days in the capital and its suburbs thunderstorms claimed the lives of several people. Seven more after the lightning strikes are in the clinics. All the talking in the MOE, neglected the basic safety standards.

“If during a thunderstorm you are in an open area, try to find a hole in the ground. If you are on the lake and see the approaching storm, as soon as possible to get out of the water,” — said Andrey Mashchenko, Deputy head of EMERCOM of Russia in Moscow.

Lightning storm swept over the Urals. In Kurgan flooded the streets. At the Novosibirsk airport there is standing water in the reception area. Due to an emergency were detained on 8 flights.

Vladimir, Ryazan, Tambov, Kursk, Belgorod region and other regions of Central Russia today and in the coming days may again be at risk of a disaster. Everywhere promise of strong thunderstorms, hail and wind storm.

“During the week will gradually increase the temperature. Today, the region 17-21. In the center can be up to 23. And during the week will be a couple of degrees to increase”, — said Anatoly Tsygankov, Deputy chief of the situation centre of hydrometcentre of Russia.

In many regions of the country continues to operate the penultimate — orange — the hazard level for the weather. However, where it is associated with the rains and hurricanes, and somewhere in the abnormal heat.