Drought drains the Paraguay River, water levels at their lowest in half a century 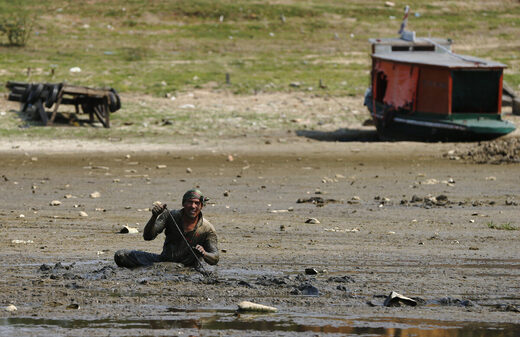 The Paraguay River hit its lowest level in half a century after months of severe drought in the region, exposing the vulnerability of Paraguay’s landlocked economy.

About 85% of Paraguay’s foreign trade is carried out across the river, which has been depleted by lack of rain in the Pantanal region of the state of Mato Grosso in Brazil. The river flows out of this area and also runs through Bolivia and Argentina.

Falling water levels have slowed down the movement of cargo ships along the Paraguay River, resulting in significant cost overruns for transporting fuel, fertilizers, food and other imported goods. The crisis also exposed the insecurity of Paraguay’s access to drinking water.

“We have never had such a serious situation as the one we are experiencing now. We are approaching the end of the year, a time when more products should be available, ”Neri Jimenez, president of the Paraguayan Importers Center, told The Associated Press.

The government has announced the lifting of its strictest restrictions in the wake of the pandemic, but hopes for a resumption of economic activity have been undermined by the river problem, Jimenez said.

“What worries us the most is that the river is sinking at a rate of 3-4 centimeters per day. The shipping situation is critical. In a week, no boat will be able to reach Asuncion, ”he said.

Paraguay could face even greater price increases and fuel shortages if the situation continues to deteriorate. Wildfires have also erupted in parts of the country due to dry weather conditions.