Drought in Australia caused a massive shooting of animals 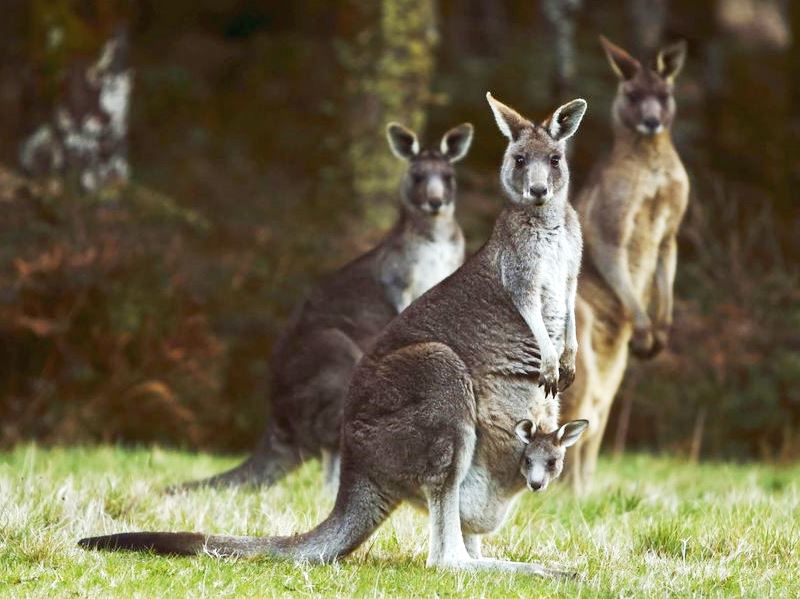 Australian state of New South Wales has experienced the worst drought since 1965. Farmers have nothing to feed their pets, and then there are rare remains of vegetation eat kangaroos. So last month in search of food thousands of marsupials even visited the capital – the city of Canberra, eating on its way all the greens. Hunger expels them on the tracks. As a result, a record increase in road accidents with kangaroos was recorded. The government allowed to begin their mass shooting.

In July, less than 10 mm of precipitation fell in the region, the month became the driest for the entire series of observations, Sky News reported. Drought covered 100% of the area of ​​the state, and this is more than 800,000 square meters. km. The weather has the most destructive effect on farming. Do not save organized purchases of food from neighbors – there are also rapidly melting supplies. As a result, the government of New South Wales allowed farmers to shoot kangaroos.

Licenses will be issued even on-line – just call. Meat can be used for non-commercial purposes. The authorities explain that such a decision – death from a bullet – under the prevailing natural conditions will be more humane than a long and painful death from hunger and thirst. The shooting of marsupials is not uncommon in Australia, but previously only professionals in strict quotas could do it.

According to local weather forecasters, in the near future no significant long-awaited rains are expected. And in the future the probability of extreme heat will only increase.