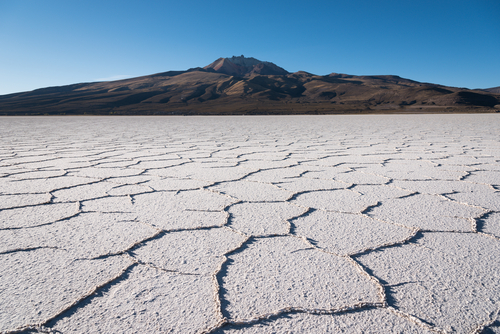 In the Bolivian city of La Paz is an emergency because of the drought. Power for the first time in history has imposed restrictions on the use of water resources. Three main reservoirs that provide this mountain town water, almost shallow. Tap water now flows for a few hours every 1-2 days. According to the Ministry of the environment, this had an impact on 125 thousand families.

No precipitation forecast. However, the rainy season is expected to begin in late December. This means that the city has a population of over a million people will continue to suffer from lack of water.

Bolivian officials say that the drought this year is especially strong. At the same time, they accuse the plumbing service that they took no steps in advance.
Experts say that affected by many factors. Among them – climate change. In Bolivia it became hotter, causing lakes and reservoirs began to evaporate. In the past year, has completely dried up lake Poopó.

And it was the second largest in the country. The people who lived on its banks, were forced to leave. Due to warming and melting of Bolivian glaciers. With the 70-ies of the last century its area was reduced by 30-50%. In the coming years, according to forecasts, many of them may disappear completely.

And that will be a big problem, because the glaciers is the only source of fresh water for many highland cities in South America. Experts say that negative influence and constant mastering of new lands by agricultural land.

Meanwhile, the opposition accuses President Evo Morales that allowed farmers to burn areas in the heart of the Amazonian jungle. She said that after the enactment of the law last year the number of fires in the country increased by 8 times.