Drought in California threatens the extinction of its coniferous forests 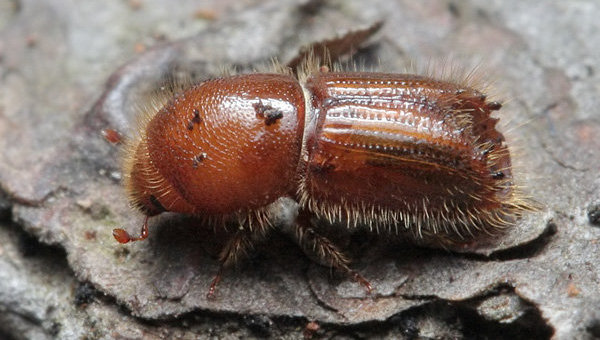 The ongoing drought in California has resulted in an epidemic of bark beetles in its coniferous forests, which soon may disappear completely or markedly reduced in size, if the climate in the southern United States will not return to normal in the coming years, according to NASA.

One of the most unexpected and dangerous effects of climate change and rising temperatures on Earth, how global warming affects the behavior and activity of insects and their livelihoods, in turn, affects the climate. A striking example is what happened with coniferous forests in Northern North America in recent years.

In these forests, how to tell Carlos Ramirez (Carlos Ramirez) from Lesnichenko service of the United States and his colleagues live bark beetles (Dendroctonus ponderosae), which under normal circumstances is playing a role of hospital attendants of the forest, destroying the weak and diseased trees. However, in recent years their population has grown excessively because of the mild winters and dry summer months, as a result, began to destroy bark beetles and healthy forests. This led to a further increase in temperature and an even stronger distribution of beetles.

This process, as show the latest images and data with ER-2, a climate of “spy” aircraft, NASA, has affected not only the North of the continent, but also coniferous forests in the South, in California, where there are millennial redwoods and other rare species of trees.

The drought in California, which lasted almost seven years, apparently, similarly provoked explosive growth in the number of bark beetles – last year the area of dead forest, destroyed by beetles of the genus Dendroctonus, increased by 10%, and the size of affected areas was growing at a disproportionate manner during the recent years of drought.

According to Ramirez, now NASA analyzes the state of the dead trees in the vicinity of large settlements, trying to understand how their appearance will affect the fire situation and does the neighborhood, as actively diverting water from the soil, the rate of extinction of coniferous forests and their susceptibility to bark beetles. On current projections, NASA, the climate in California can go back to normal this year as the result of changing El niño to La Nino, but 100% confidence in it.