Drought in India is related to air pollution in Europe 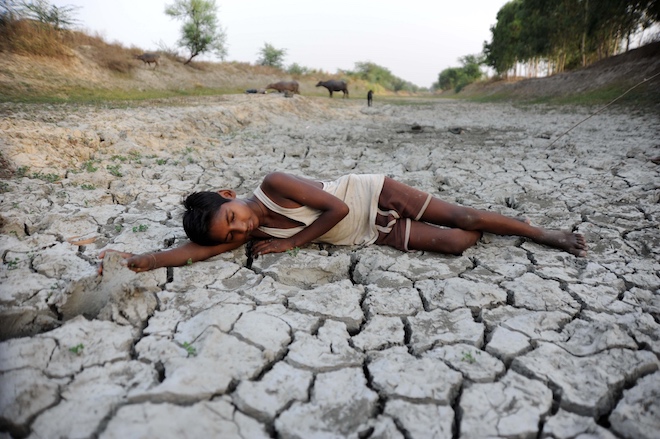 According to a new study, air pollution in Europe contributed to the emergence of a drought in India, which has become one of the worst natural disasters in the country and affected more than 130 million people.

Emissions of sulfur dioxide, mainly from coal-fired power plants, lead to a number of negative consequences, such as acid rain, heart and lung disease, and damage plants.

Sulfate aerosols also have a cooling effect on the atmosphere, because they reflect sunlight into space. This property gave rise to proposals to use them in geoengineering to reduce the rate of global warming. However, there is another unaccounted consequence: emissions in the Northern Hemisphere can change the rate of warming in the south in such a way that the tropical rain belt shifts.

Researchers from the Imperial College of London estimated that in northwest India in 2000, precipitation was reduced by 40% due to emissions in industrial areas of the Northern Hemisphere. Emissions alone in Europe led to a decrease in precipitation to 10% in the north-western and south-western regions.

According to Dr. Apolostas Vulgarakis of the Grantham Institute, the study showed that emissions in one part of the world can have a significant impact on others – even if the pollution itself did not reach.

The report notes that air pollutants can have “complex and diverse” effects. Sulfate aerosols can “cool the atmosphere and to some extent inhibit global warming,” but at the same time they “increase the level of atmospheric pollution and cause drought.”

“The impact of emissions of short-lived pollutants on air quality and climate change varies greatly, depending on the region where the emissions occur, and on the location of the affected region,” the report said.

In his blog, Dilshad Shavki, a graduate student at the Grantham Institute, explained how important it is to understand the processes associated with precipitation, especially in India and the surrounding areas.

Each summer, the South Asian monsoon feeds the Indian subcontinent, providing more than 70% of the annual rainfall in just three months. A plentiful monsoon rain is crucial for the economy and livelihoods in the region. However, in recent decades, the increase in pollution levels and the increase in global surface temperature have influenced the circulation of the atmosphere in the tropics, which in turn affected the monsoon rains.

“Our task is to better understand these relationships in order to make more accurate forecasts. Understanding and predicting monsoon precipitation is vital for those societies that depend on them. ”

Despite the reduction of sulfur dioxide emissions in Europe, droughts in India continue, as the world has become warmer. Last year, the country recorded the highest temperature – 51 ° C. Hundreds of people died in more than 13 states, without a crop of cereals.

Scientists propose to consider air pollution and global warming as a single issue. “Policies for improving air quality and climate should be developed simultaneously to maximize positive results.”