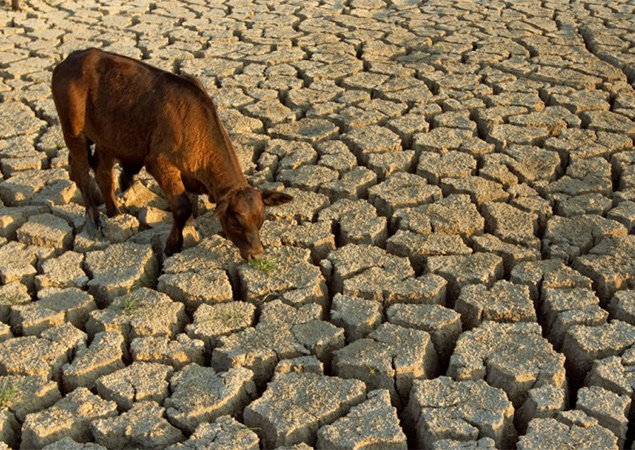 The water level in key reservoirs in the Western Cape in South Africa fell to a critical level. At the beginning of November 2017, the water volume in the Reservoir, the largest in the province, fell to 27% of its capacity. The water reservoir Voelwley, the second largest, has emptied to 28% of its maximum volume. 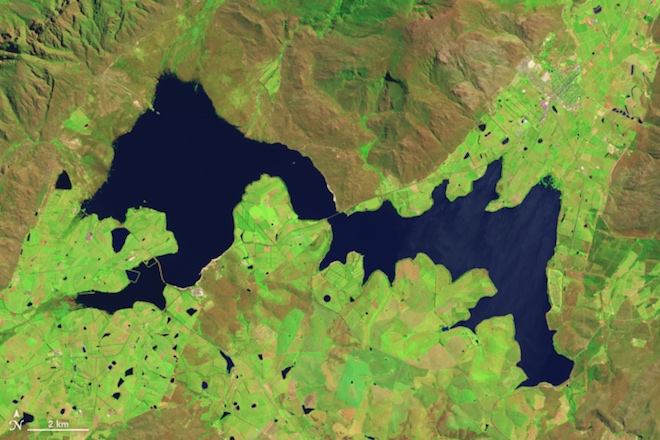 After two dry years in a row, the government of the Western Cape Province declared the region a disaster area in May 2017. After the rainy season from April to September, hopes that nature will ease the drought this year have melted. 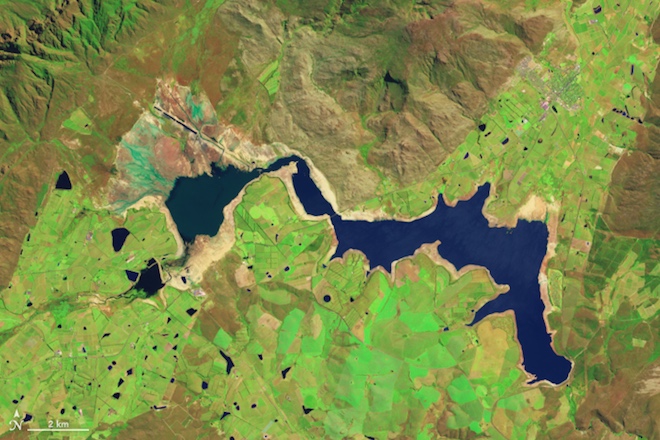 The two satellite images above show the Waterfront before and during the drought. The upper image was made on October 18, 2014, when the reservoir was filled completely. The second picture was captured on October 10, 2017, when its volume was only 27% of the maximum. A brown “ring” of sedimentary rocks around the edges of the basin indicates a lowered level of water.

The graph below shows in detail how the water level has changed since 2013. Problems appeared when the rains eased in 2015. Then the weather station at Cape Town airport measured only 280 mm of rain by November (at a rate of 450 mm). The next year was even worse – only 206 mm of precipitation. In 2017, only 135 mm of rain fell by November.

The authorities of Cape Town imposed strict restrictions on the consumption of water by the inhabitants. Also in the city they try to process as much water as possible, install new desalination plants and drill new sources of groundwater.

The instruction on the use of water, published in September, banned the use of drinking water for non-essential purposes and called for the use of less than 87 liters of water per person per day. People are encouraged to reduce the shower intake to 2 minutes or less, use shower water for cleaning in the house and repair leaks. Authorities also ask people to stop watering cobbled surfaces, wash cars and use portable children’s pools.