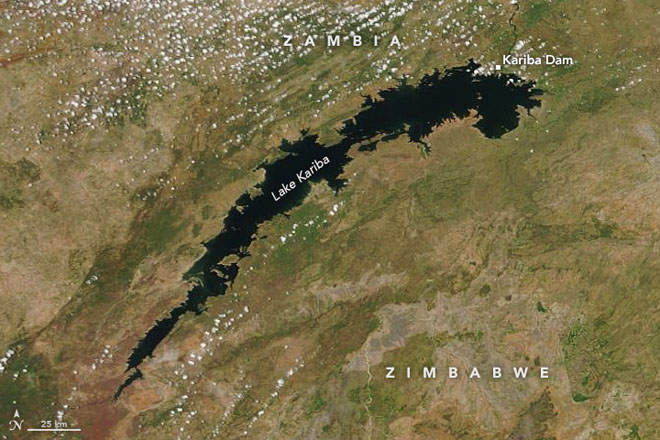 Due to the ongoing drought that swept most of southern Africa, Lake Kariba, the largest man-made reservoir in the world, is rapidly becoming shallow, reports The Weathet Channel.

The reservoir and its dam are located on the border of Zambia and Zimbabwe. The water level in it this month reached the lowest level in the last two decades, the occupancy rate is less than 10%. Last year, the reservoir was 55% full and a year earlier – 38%.

Kariba Hydroelectric Power Station produces half of the electricity used in both Zambia and Zimbabwe. It is located downstream of the famous Victoria Falls.

Relief agencies note that more than 50 million people in Africa are facing a hunger crisis due to the ongoing drought, which some experts say has been the strongest in a century. According to the International Federation of the Red Cross and Red Crescent, in southern Africa, about 11 million people are at risk of death.
Experts note that this year’s drought is unprecedented, resulting in food shortages on a scale never seen before. People go without food for two to three days. 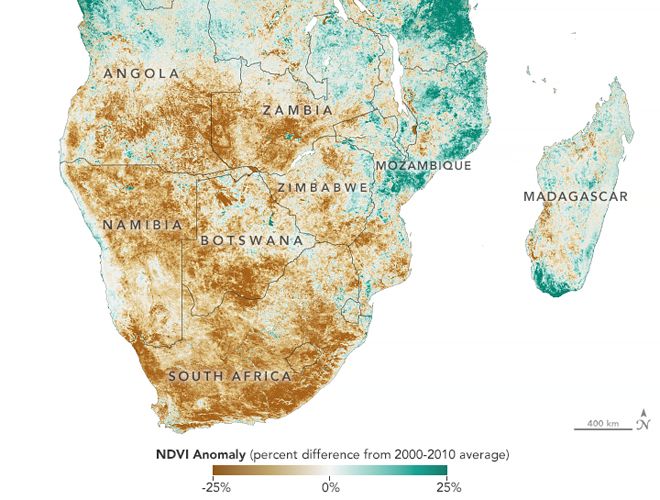