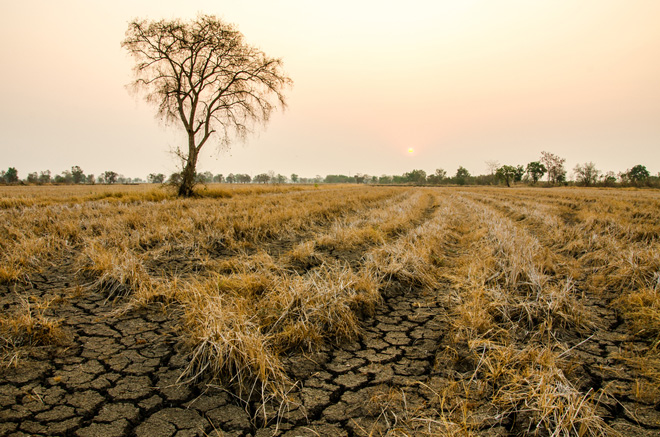 As the global temperature rises, droughts will become more frequent and severe in many regions of the planet during this century. A new study involving NASA has shown that terrestrial ecosystems need more and more time to recover from the drought in the 20th century. Therefore, in some areas, incomplete recovery from drought may become the new norm. This can lead to tree deaths and increased greenhouse gas emissions.

A research team led by Christopher Schwalm of the Woods Hole Research Center (USA) measured the recovery period after a drought in various regions of the world. Scientists used predictions of climate models verified by the MODIS spectroradiometer on board the Terra satellite and ground measurements. Researchers have found that recovery from drought takes more time in all land areas.

In the two most vulnerable regions – in the tropics and in the northern latitudes – rehabilitation took longer than in other parts of the world.
Models that assumed that no new restrictions on greenhouse gas emissions would be introduced (the so-called “habitual” scenario) showed that “the time between droughts will be shorter than the period necessary for the restoration of terrestrial ecosystems.” “Using the observational point from outer space, we can see all the forests of the Earth and other ecosystems that are constantly and increasingly suffering from drought,” says research co-author Josh Fisher. – Some of these ecosystems are being restored, others are not. Information from the “eyes” in space allows you to check past and current climate simulations. They, in turn, will help reduce the number of uncertainties in forecasting the future climate. ”

Scientists argue that recovery time is a crucial metric for assessing the sustainability of ecosystems. It determines the probability of crossing the tipping point, after which the trees begin to die. A short period between droughts combined with a long recovery period can lead to large-scale tree death, reducing the ability of terrestrial ecosystems to absorb atmospheric carbon.