Due to floods in Peru, the hotel collapsed into the river 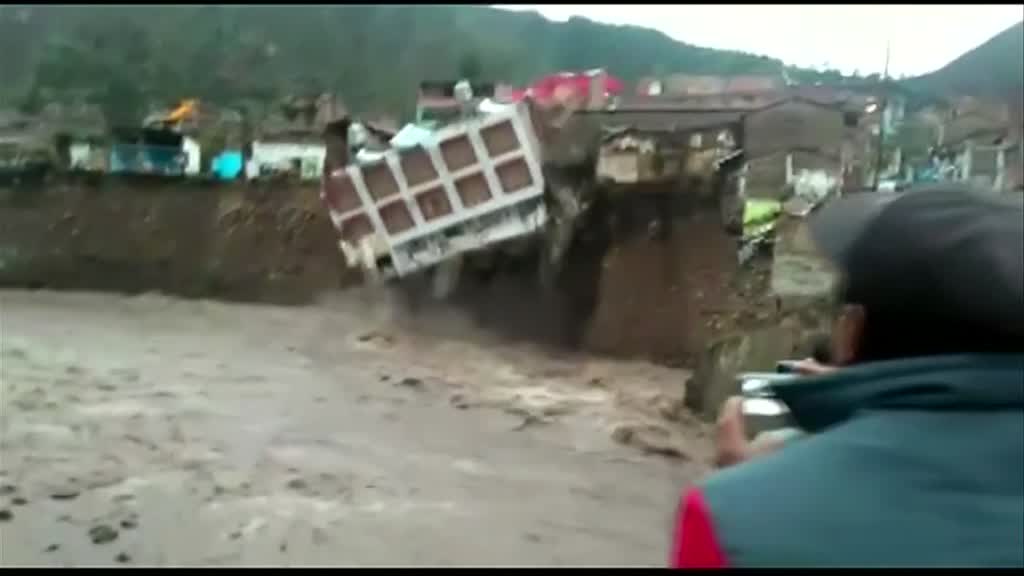 Impressive television footage shows the moment when the colonial era falls into the swollen waters of the river Sicre in the Peruvian city of Lircay in the province of Angaraes Thursday, January 26.

The civil defense reported that the rain began on Wednesday, January 25, in the afternoon and lasted 10 hours. The Foundation of the three-storey tourist hotel “La Hacienda”, which was built on the river Bank, collapsed due to rising water, and the building fell into the water.

Fortunately, no one was hurt. All hotel guests were evacuated before the collapse.

Some objects under construction in the region of Huancavelica was also destroyed by the incessant downpours.

National service of meteorology and hydrology has reported that heavy rains will continue and even become more intense in the next three months. From rain affected the centre and South of the country.