Due to heavy rains flooded in Adygea 430 homes 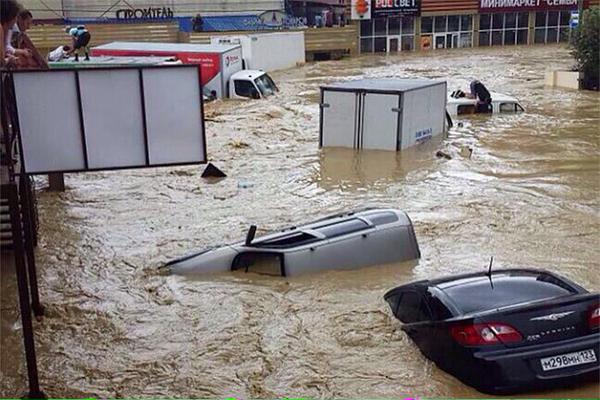 Municipal services, forces and means of emergency situations and administrations of the Republic of Adygea eliminate consequences of heavy rain that led to flooding of 430 households and farms and the destruction of several infrastructure projects, said the Deputy Chairman of the Committee of Adygeya Republic for civil defense and emergencies Rashid Manapov.

“Most of the affected settlements of the Maikop and the Maikop district. There now operates 54 units of equipment. Is pumping and diversion of water. Fee amount to acts and assess the damage,” said R. Manapov.

He noted that heavy rains passed over the weekend. In Maykop in 7 hours fell 77.2 mm of precipitation at a rate dangerous phenomenon 50 mm in 12 hours. In the Maikop area for 4 hours resulted in 33 mm of rain. According to eyewitnesses, the sewers could not cope with such flow. Traffic on some sections of the city was paralyzed. Cars were stalling out and stayed because of the high water level.

According to the MOE of the region, disturbances in the Republic.

Maikop district introduced the mode of increased readiness. According to meteorologists, the precipitation in the region is possible within a few days.