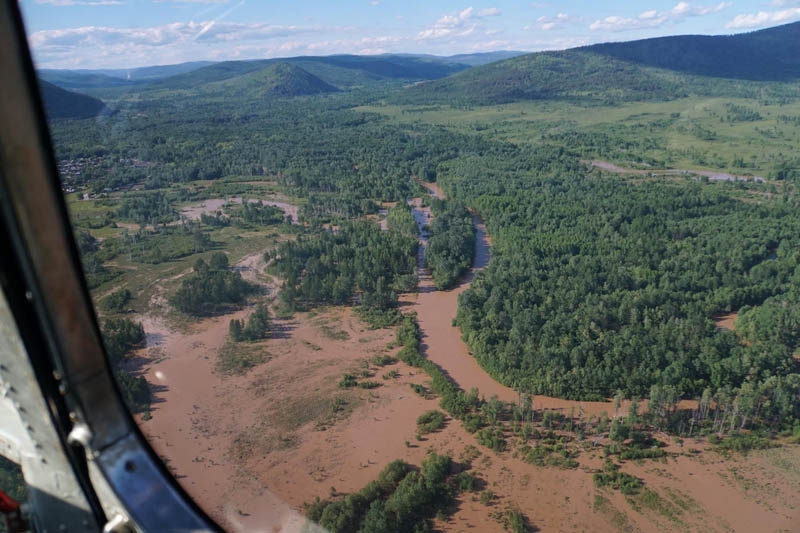 Mode CHS is entered from-for flood of the rivers in the Mogochinsky district of Transbaikal region, where impounded holiday village and washed away the polygons of the gold mining enterprises.

“Imposed the state of emergency created by the Commission, which will count the damage,” – said the head of the district Dmitry plyukhin.

In “Facebook” the head of the district wrote that to assess the situation in connection with the possible threat of a breakthrough dams produced a flyby of a holiday village Razdolnoe and polygons of gold mining enterprises located on the river Amazar (PJSC “Ksen’evskiy Priisk, OOO Uryum), on the rivers of davenda and Zheltova (Borovoe, OOO, OOO “Granit”, LLC “Priisk Ust-Kara. The information that the holiday village is flooded to such an extent that people sit on the roofs was not confirmed.

“Areas of gold mining companies almost all washed away together with the gold-bearing Sands, prepared for washing on Prompribor. The miners were very keen to have not had any breakouts since they lost a huge amount of sand on the balance. That should be addressed. It is possible that the destruction of the polygons comes from the fact that not strong enough was the dam of those who worked upstream. After their breakthrough, the flow was simply has nothing to stop it. The same applies to the situation on the river Black Uryum and Ithaca,” wrote Dmitry plyukhin.

According to him, information about the situation sent to Rostekhnadzor and Rosprirodnadzor for a more thorough check.