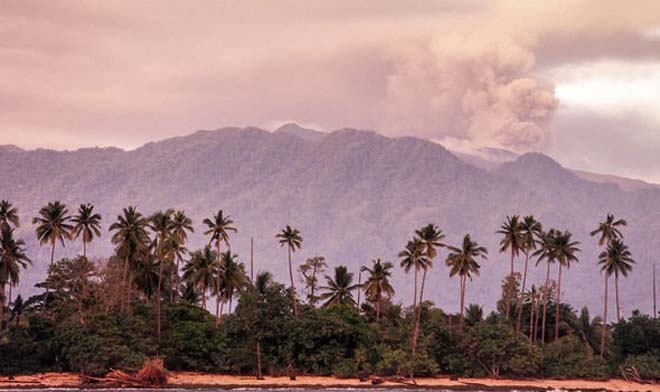 The Indonesian volcano Dukono, located on the island of Halmahera, throws out clouds of ash, which rise to an altitude of about 6 km. Indonesian Volcanic Survey (PVMBG) has announced a 2nd alarm level, Express reports.

The service urged locals and tourists not to approach the volcano at a distance closer than 2 km. Ash can be dangerous to the respiratory system. People are asked to use protective masks.

Hazard warning also issued for aviation. The ash cloud can be much higher than what is currently visible, and is moving in the direction of the southwestern part of the country.

All 127 Indonesia’s active volcanoes pose significant risks to the five million people living nearby. Mount Agung alone killed more than 1,000 people last March. Although the volcano Dukono is not yet so dangerous, it is one of the most active volcanoes in the country.