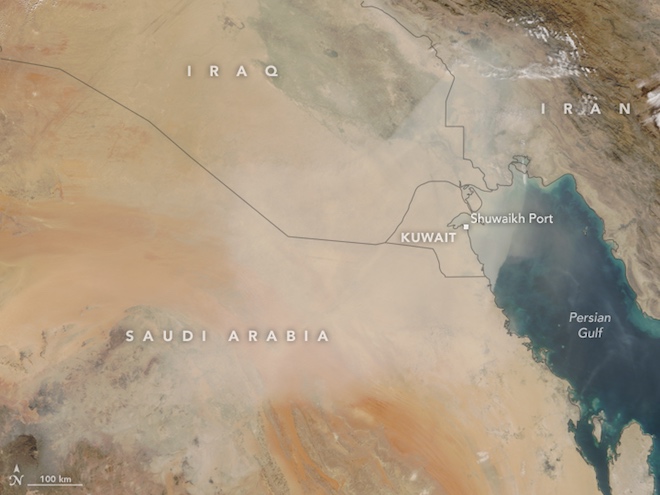 In October 2017, a large dust storm clouded the sky over most of Iraq and Saudi Arabia. The MODIS spectroradiometer on NASA’s Terra satellite received this image of dust over two countries on the morning of October 29th.

A similar instrument on the satellite “Aqua” also recorded a large amount of dust in the air on October 30. According to the news, at 7 am local time, the storm reduced the visibility in some parts of Iraq to 600 meters. As a result, the Iraqi Civil Aviation Administration temporarily suspended air traffic until conditions improved. It was reported that a dust storm damaged the shelters for refugees and caused breathing problems among residents in northern Iraq. 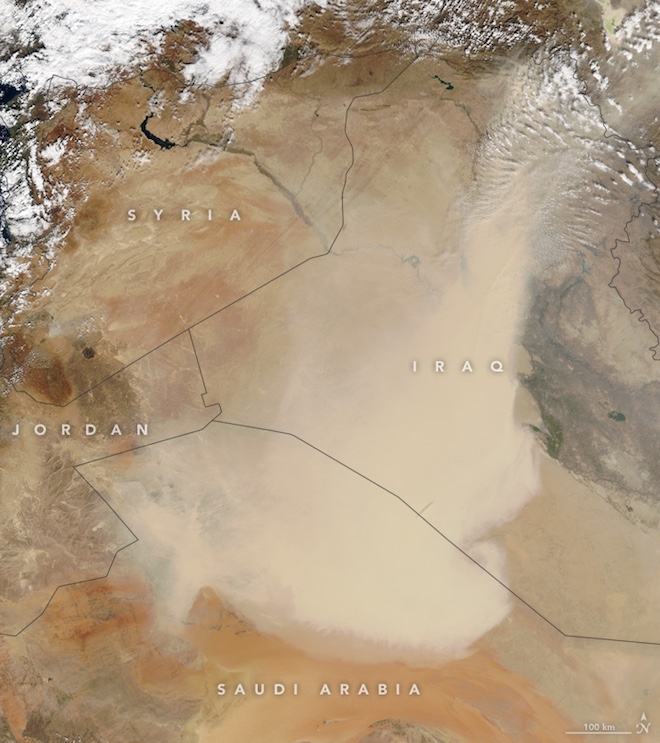 The next image was received by the “Terra” satellite on October 31, when a dust storm swept Kuwait and the Persian Gulf. Shipping in the port of Shuweikh stopped, as visibility dropped to 500 meters. Meteorologists in Kuwait noted that pressure changes at this time of year usually lead to rapid and abrupt weather changes. This dust storm was brought in relatively cool winds. It is expected that as the temperature of the air decreases, winds and dust will gradually weaken. 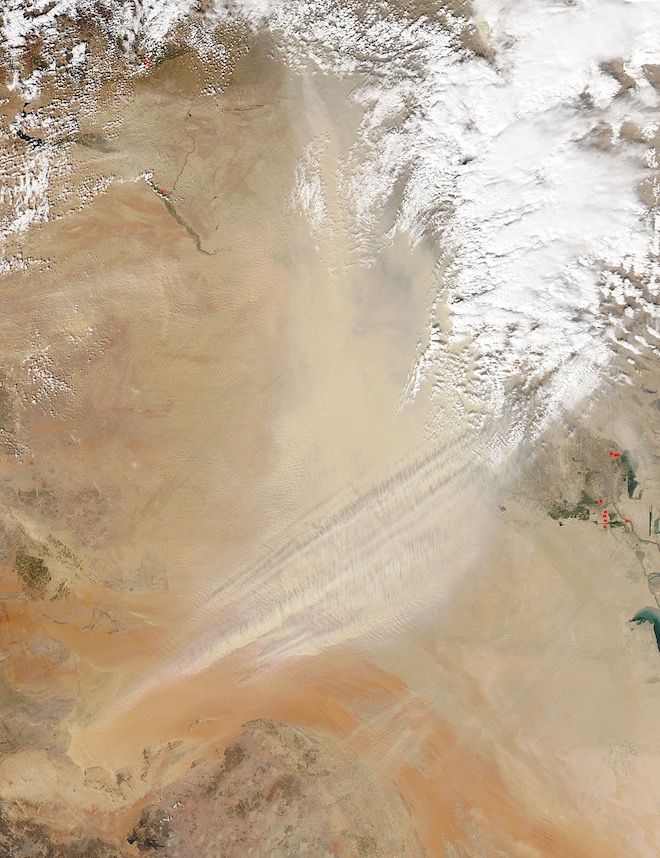 Many days of dust storms in the Middle East are often caused by shamal, a constant north-west wind. Shamal most often happens in June and July, but can occur at any time of the year. The wind of storm force couse, or sharki, on the contrary, is southeastern. Usually it blows between December and April.

According to a 2013 study, the frequency of dust storms in Iraq has increased over the past decade. The authors cite the decrease in precipitation as one of the main causes, as well as land degradation and desertification.