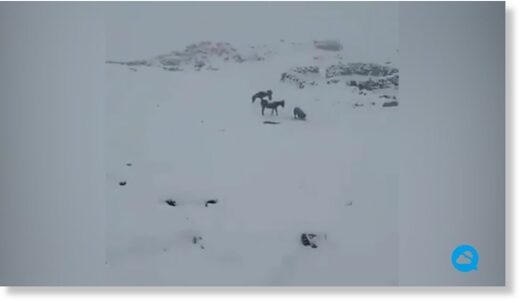 Heavy snowfalls have occurred in recent days, especially in the province of East Azerbaijan.