Earth begins to “wobble” a few months before a giant earthquake 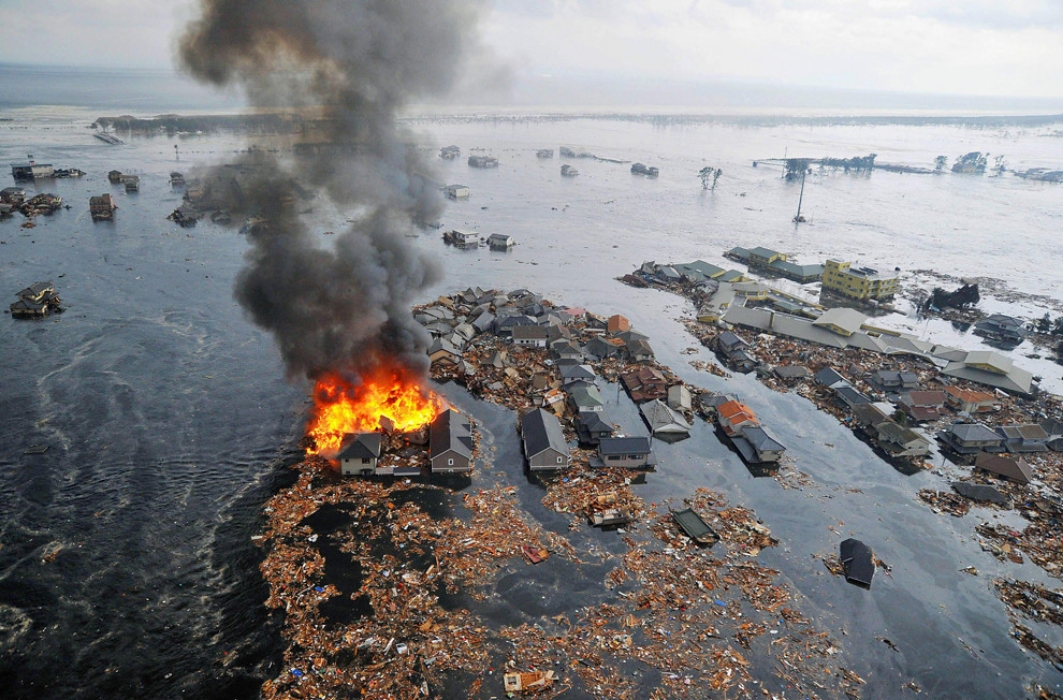 A new study by an international team of geoscientists shows that a strange turn in the Earth’s movement occurred before two of the largest earthquakes in history — the M8.8 great Maule earthquake in 2010 and the M9 Tohoku-Oki earthquake in 2011, which caused a catastrophic tsunami and the destruction of the Fukushima nuclear power plant.

Researchers hope that these movements, which they call “oscillations,” can warn seismologists in the future and give countries enough time to prepare for the disaster.

The 2011 earthquake in Japan was the strongest in recorded history of the country, which killed more than 15,500 people.

Long before this cataclysm, a strange “wobble” of land was recorded from east to west, and then again to the east,

These movements or vibrations occur when one of the Earth’s tectonic plates slides beneath the other, which gets stuck until it breaks, resulting in an earthquake.

“What happened in Japan was a huge, but very slow wobble – this has never been seen before,” said co-author Michael Bevis, a professor of earth sciences at Ohio State University.

“But are all such earthquakes preceded by such oscillations?” We do not know, because we do not have enough data. This is another thing to consider when assessing seismic risk in subduction zones such as Japan, Sumatra, the Andes and Alaska. ”

Bevis added that although people standing on the island would not be able to detect or notice the wobble, since the movement is only a few millimeters per month for five to seven months, the movement was evident from data recorded by more than 1,000 GPS stations throughout Japan .

Geologists from Germany, Chile and the United States analyzed these data and found a reversal shift of about 4-8 mm east, then west and again east. The group explained that these movements are markedly different from the steady shifts that are constantly generated by land masses.

“The world is broken into plates that always move in one way or another. The movement is not unusual. It is this style of movement that is unusual,” Bevis said.

The professor noted that this wobble may indicate that a few months before the earthquake, the plate under the Philippine Sea had a “slow glide”, the soft underground effect of two neighboring ocean plates under Japan, which ultimately caused a huge westerly and downward swing. This set in motion the Pacific plate and the plate under Japan, producing powerful seismic waves that pushed the whole country.

This event caused great damage to all of Japan, and also led to the fact that most of the island of Honshu was shifted several meters to the east. It caused a tsunami, which reached more than 40 m, and more than 450,000 people were left homeless. Several nuclear reactors at the Fukushima-Daiichi nuclear power plant have melted. In general, it was the worst nuclear disaster since the time of Chernobyl.

Scientists studying seismic activity and plate tectonics are trying to determine the approximate magnitude of the next powerful earthquake and to predict where and when it can occur. However, lead author Jonathan Bedford, also a researcher at GFZ, explained that GPS systems are needed in some subduction zones around the world to use the results of the study to predict earthquakes.

In 2011, Japan had one of the largest GPS monitoring systems in the world, which provided the country with sufficient data and allowed researchers to analyze fluctuations in the earth’s mass several months before the event.

Chile and Sumatra also suffered from catastrophic earthquakes and tsunamis in 2010 and 2004, respectively, but in those days they had less complex systems.

The group examined similar data from the 2010 Maule earthquake in Chile. The network is not so dense, but a large part of the deforming continental plate can still be traced.

Stations on land are usually slightly removed from the subduction zone, since the continental crust is stretched and shortened. However, by analyzing the time sequences of GNSS signals, the researchers found evidence of oscillation-stations suddenly shifted towards subduction zones and again changed their direction, returning to normal movement.

Soon after the second turn, the rupture tore, and then powerful earthquakes followed.

The group hopes that by tracking fluctuations, countries at risk will be warned and get more time to prepare for the upcoming disaster, and this requires a sensor network.