Earth is about to enter a mini ice age – expert warns 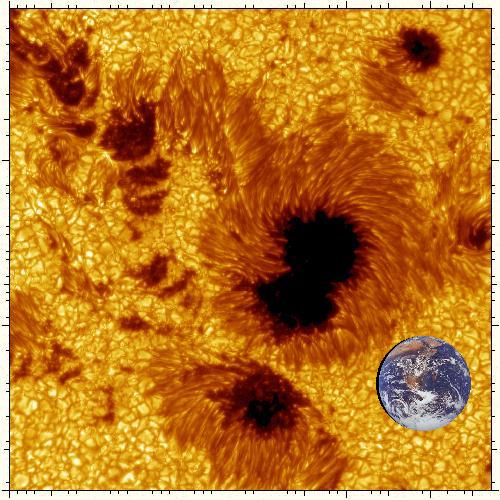 Many experts have been talking about this for years, but they were reluctant to listen to them, but now we are starting to hear it from mainstream media. As power-hungry politicians intensify their artificially generated propaganda for global warming, some scientists warn that we will face a completely different type of climate change.

We must prepare for a prolonged solar minimum that could last for decades into the 2050s. ” – Stern advice from Valentina Zharkova, professor at Northumbria University in Newcastle, England.

“The sun is approaching hibernation,” says Zharkova, who has a bachelor’s / master’s degree in applied mathematics and astronomy and a Ph.D. in astrophysics: “Fewer sunspots will form on the surface of the Sun, and therefore less energy and radiation will be emitted to the planets and the Earth.”

This could lead to a drop in global temperature by one degree Celsius, warns Zharkova, and while a 1C drop may seem insignificant, it is more than enough to provoke a slowdown in agricultural production: “This will dramatically affect food harvest in mid-latitudes, because producers vegetables and fruits will not have enough time to harvest, ”explains Zharkova.

These shorter growing seasons can mean empty supermarket shelves and even hunger: “This can lead to food shortages for humans and animals, as we saw in the last couple of years when snow in Spain and Greece destroyed vegetables in April and May. and the UK lacked broccoli and other fruits and vegetables. ” Zharkova also points to the recent unusual cold weather in Canada and Iceland as evidence that the Great Solar Minimum is already in effect, and she concludes by saying that “we can only hope that the mini ice age will not be as severe as during the Maunder minimum. “(a climatic event) that led to crop failure, hunger, disease, social unrest and the untimely death of millions).

Zharkova is not the only one who says that the Earth is moving towards the solar minimum. According to NASA, in 2020 the Sun will reach its lowest activity level in more than 200 years.

The Maunder Minimum, known as the Great Solar Minimum (GSM), occurred from the mid-16th century to the early 17th century and coincided with the time on Earth known as the Little Ice Age, when millions are millions! – people died of hunger.

“A decrease in temperature will lead to cold on Earth, wet and cold summers, cold and wet winters,” Zharkova said.

Although this warning was published in The Sun and The Express, which many consider to be the “yellow press”, it was also published in The New American and msn.com, indicating that the idea of ​​a mini ice age is slowly permeating the world. mainstream media.

One of the things that struck me as funny was The Sun’s claim that “most of the effects will be harmless.”

Get ready for the long winter!