Earth is losing oxygen. The world is moving towards the Apocalypse 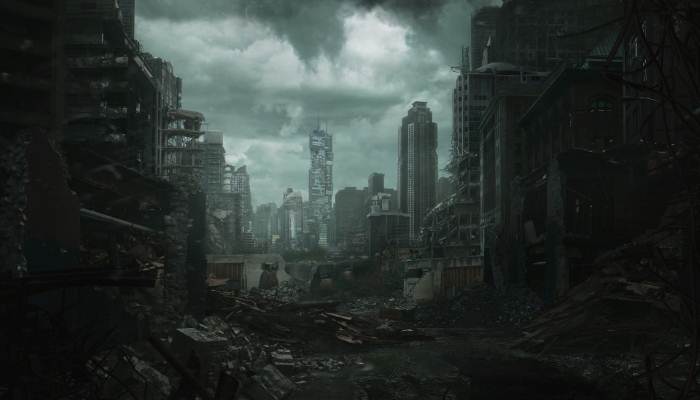 More than 15,000 most eminent scientists from all over the world have signed a frightening open letter addressed to governments around the world and warning of the imminent Apocalypse. According to them, what we see now is IT’S ONLY BEGINNING. The document is entitled as “Warning to mankind” and is an ominous prophetic vision of a gloomy fate awaiting our planet.

The message is not new and as if updates an earlier document of similar content, published in the distant 1992 year. Although it was also gloomy enough, there was no talk about the Apocalypse and the scientists simply expressed concern over the growing impact of people on the environment. But in 25 years very much has changed. Now the view of the world scientific community for the future is much more grim.

All the horrendous trends listed in 1992, today have developed many times and some have even passed the “point of no return”. If in 1992 the main concern of the scientific community was caused mainly by “ozone holes”, today we have catastrophic climate change, irreversible loss of jungle areas, forests and “dead zones” in the ocean where oxygen algae and phytoplankton used to live. As a consequence, the oxygen level in the atmosphere decreases, against which the mass extinction of species, the disappearance of water bodies with fresh water and other environmental disasters simply fade away.

According to scientists, the main cause of the imminent catastrophe lies in the hopeless consumption of precious resources, which requires and requires a population of Homo sapiens, which increases in volume like a nuclear explosion. Therefore, world-renowned scientists call on governments, the media and simply indifferent citizens to somehow influence this catastrophic trend.

15,364 scientists (including almost all Nobel Prize winners) from 184 countries, led by the leading American ecologist, Professor William Ripple of the University of Oregon, signed the appeal to humanity published in the latest issue of BioScience:

“Now humanity is receiving a second notification … In the meantime, some governments have made some progress in some areas, such as reducing ozone-depleting chemical emissions and increasing the amount of energy from renewable sources, but destructive trends all outweigh ….
And it was not possible to adequately limit the growth of the world economy, which not only in itself causes a devastating impact on the environment, but also requires the growth of the human population because people for the economy are the main driving force ….

Those who signed this second warning do not simply raise a false alarm, they recognize the obvious signs that we are moving along an apocalyptic path. We hope that our general publication will be able to initiate a broad public discussion about the global environment and climate, until their destruction becomes absolutely irreversible.

It has taken billions of years for phytoplankton to create all life on earth. Plankton sequesters CO2 and converts it to most of our oxygen. In my lifetime phytoplankton has diminished by almost half as it now ingests PCB laced marine micro-plastic. This issue is imminent and irreversible. Atmospheric oxygen levels are at 21% and declining a 3% reduction will end everything. Couple this with deforestation, animal production, over 1 billion heat engines, factories and power plants and it’s apparent we will be gasping for air before we know it.

We need not pause and wait for global warming. We are in the garage with the car motor running and CEO’s are closing the door. Believe me, the heat won’t kill you the gas will. There are over 1 billion engines that spew out 100 lbs of poisonous gas for every gallon of fuel they burn. We have devastated the forests, continue to burn coal and gas in power plants, and most importantly we have killed almost half of the ocean phytoplankton which creates 70% of our oxygen. OXYGEN, a thin layer of gas at 21% needs to drop to 17% and it’s over. Some areas are already at 17%. People gasp for air and some die. It will be here long before the ocean.