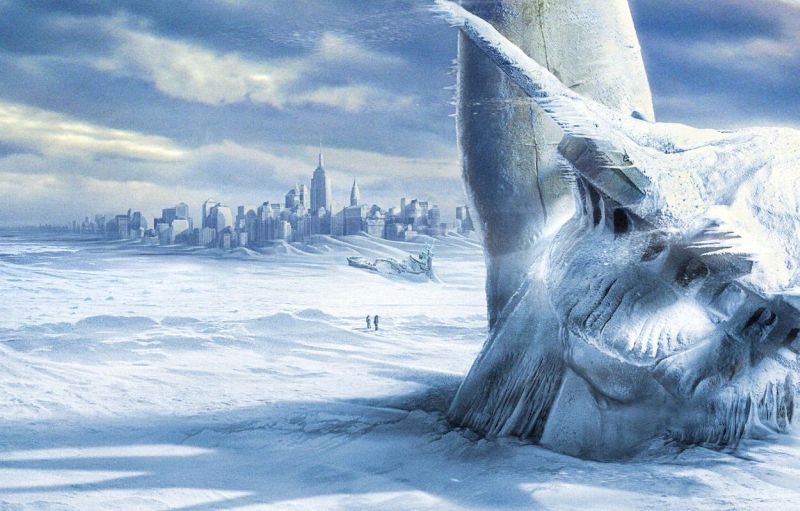 Canadian scientists from McGill University have found that the melting of the ice of the Arctic and Antarctic will cause extreme weather conditions and unpredictable temperature drops across the globe. The research results are published on the EurekAlert! Portal.

According to the calculations of experts, two thawing ice covers will have an impact on the Earth by 2100. Thus, the average air temperature will increase by 3-4 degrees, as a result of which a significant amount of melt water from Greenland and the ice sheet of Antarctica will fall into the World Ocean. This water will lead to significant disruptions in ocean currents and will change the level of its heating throughout the world.

Modeling the melting of the ice cover showed that the most rapid rise in sea level can occur between 2065 and 2075. However, in some parts of the world, such as island states in the Pacific, there will be a significant increase in the water level, while near ice sheets it will actually fall.

As warm melt water begins to flow into the oceans, for example, in the northern part of the Atlantic Ocean, major ocean currents, such as the Gulf Stream, will be significantly weakened. This will lead to higher air temperatures in the high latitudes of the Arctic, Eastern Canada and Central America, as well as lower temperatures in northwestern Europe across the Atlantic.

As scientists emphasize, the current global climate policy, developed in accordance with the Paris Agreement, does not take into account all the consequences of melting ice cover that may occur in the future. To avoid unfortunate consequences, experts insist on a radical reduction of emissions of harmful substances into the environment.

Earlier in November, scientists discovered a new cause of melting glaciers in Antarctica. It turned out that a large radioactive heat source is located in the eastern part of the continent.