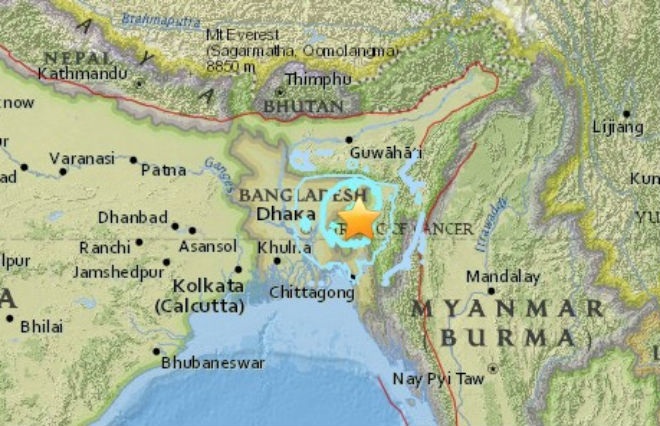 As a result of the potent earthquake which occurred on Tuesday in the east of India one person died, four more were traumatized and were hospitalized.

According to locals, the earthquake was felt about 1,5 minutes. People in panic ran out from buildings on streets. As a result of a brunt of the disaster of at least 30 houses became covered by cracks. The 50-year-old woman died of heart attack.

Near epicenter of an earthquake several landslides descended.

According to data of Geological service of the USA, magnitude of earthquake made 5,5. Epicenter of tremors settled down in 35 km to the East from the city of Kailashahar in the Indian state of Tripura.

The European Mediterranean seismological center estimated magnitude of earthquake in 5,7.

As it was reported earlier, fluctuations of crust were felt in all northeast of India and in the border regions of Bangladesh.