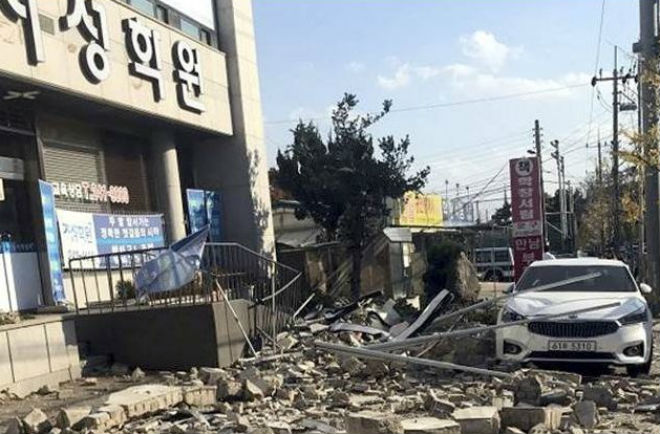 As a result of an earthquake measuring 5.4 magnitude, which occurred on Wednesday in the south-eastern part of South Korea, hundreds of people were without a roof over their heads, at least 57 people were injured.

The strongest earthquake in this region over the decades has damaged infrastructure.

According to the Ministry of Internal Affairs and Security, as a result of the impact of the elements, more than 1,000 houses and dozens of other buildings, as well as cars, were damaged or destroyed. Cracks and other damage were found at military facilities, bridges, port facilities and water supply facilities. Their homes were forced to leave 1536 people.

The State Meteorological Administration of South Korea reported that the epicenter of the earthquake was in Pohang, and the US Geological Survey stated that it was concentrated about 9 km northwest of the port city. The shake was felt in Seoul, at a distance of more than 300 km.