A new study shows that a massive earthquake on the Northern section of the Cascadia subduction zone occur more frequently than previously thought. In other words, the probability of a major earthquake during the next 50 years, significantly higher than the previous forecasts. To such conclusion came from an international team of experts, including scientists from the University of Oregon, Camosun College in British Columbia and the Andalusian Institute of Earth Sciences in Spain. The results of the study presented in the scientific journal Marine Geology.

In their work, Geophysics and seismology conducted an analysis of 195 core samples containing landslide deposits from previous earthquakes in Cascadia. According to Chris Goldfinger, Professor, College of Earth, ocean and atmospheric studies at the University of Oregon, these new results are based on much more accurate data that underpins confidence specialists in large capacities for large-scale earthquakes in the Pacific Northwest.

The Cascadia subduction zone runs from Northern California to British Columbia and is divided into four segments. Over the last 10 000 years on the fault there were 43 major earthquakes, and some of them touched on the whole area immediately, but the part was on separate segments. It is believed that when the catastrophe involved the whole area, the high probability of seismic events of a magnitude of 9.1. 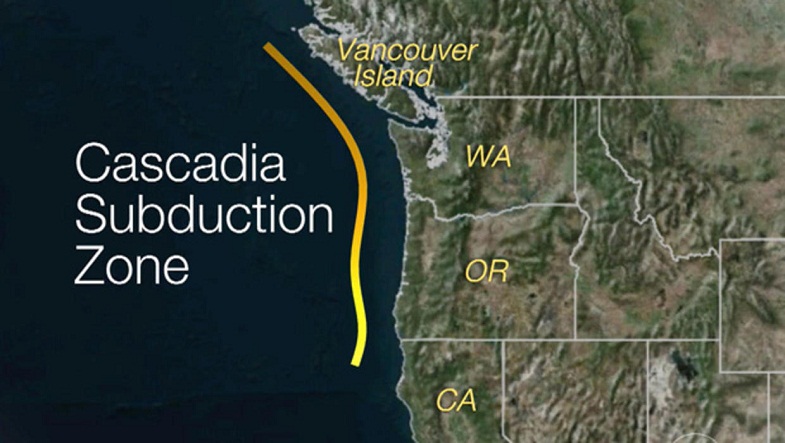 The most seismically active is the southern section of Cascadia. It is estimated that South of Newport (Oregon) earthquakes occur on average every 300-380 years, and between Coos Bay and Unicoi (California) – interval 220-240V years.

Northern parts of Cascadia were considered to be less active, however new research has changed the scientific opinion. If earlier, according to their assumptions, the frequency of major events between Newport and Astoria was 400-500 years, now, these figures dropped to 350 years. Similarly, between Astoria and Vancouver, the time lag of natural disasters decreased from 500-530 years to 430 years.

The last major earthquake that sent a tsunami through the whole Pacific ocean to Japan, occurred in danger zone in 1700, that is more than 315 years ago. “When at the end of 1980-ies developed the hypothesis that large earthquakes in Cascadia, we knew that such events are possible. We now have much more confidence that the General concern about the tremors in the subduction zone is a scientifically based,” says Chris Goldfinger.