Earthquake of 7.6 points shocked the Caribbean Sea but did not cause a tsunami

An earthquake of magnitude 7.6 shook the Caribbean Sea and occurred west of Jamaica at a depth of 10 km. The earthquake triggered tsunami warnings for areas within 1000 km of the epicenter of the earthquake.

Rapidly receding water was observed along the banks of Belize shortly after the earthquake. Water retreated to a distance of more than 10 meters, which indicated the imminent arrival of a reverse wave in the form of a tsunami, but this did not happen. 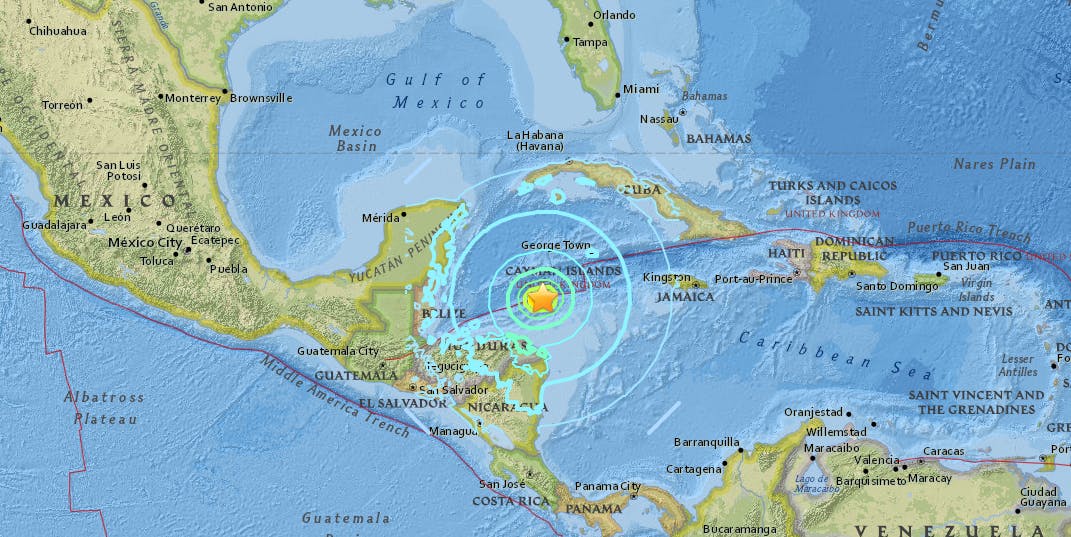 However, all tsunami warnings were canceled in the Caribbean and Central America later on Tuesday evening. The tsunami did not happen, despite the high magnitude of the tremors.

“We have reports that an earthquake has been felt in many countries, but we have no reports of damage,” said Lisandro Rosales, director of the contingency committee in Honduras.

According to the National Center for Tsunami Warning (NTWC), for some coasts of Honduras and Belize, tsunami waves were expected to be over 1 meter high.

The tsunami threat also existed in other parts of the Caribbean, including Mexico, Cuba, Jamaica, Belize, Honduras and the Cayman Islands.