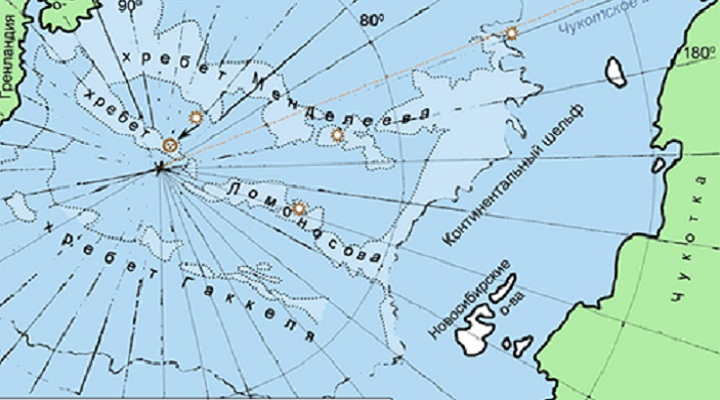 An earthquake of magnitude 4.7 occurred on October 22 in the area of underwater volcanoes located on the Gakkel ridge in the Arctic ocean. The quake occurred within 500 km from the geographical North pole. This earthquake is interesting in that the last known volcanic eruption here was recorded a long time ago – in 1999.

Gakkel – ridge where the divergent North American and Eurasian lithospheric plates moving away from each other with a little speed in the range of 1 centimeter per year. This ridge was discovered in 1950 and has long been considered that there are no active volcanoes, while in 1999, there occurred one of the largest series of earthquakes in the entire history of observations – 252 earthquakes.. 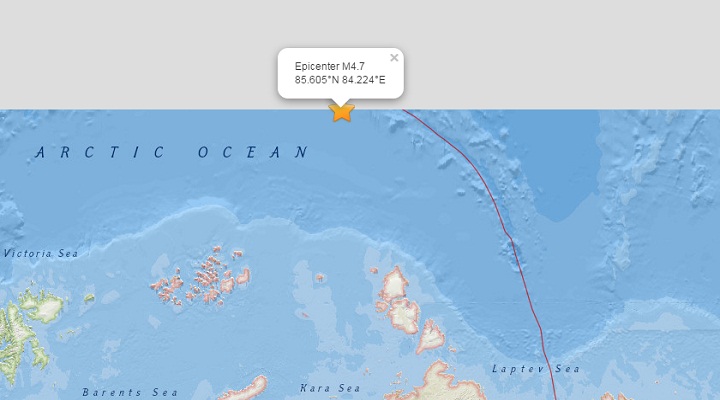 The epicenter of the earthquake that occurred on October 22 was located in the vicinity of these volcanoes, which may indicate the beginning of an eruption or is preparing for the eruption.