Ebeko Volcano in the Northern Kuriles threw a column of ash 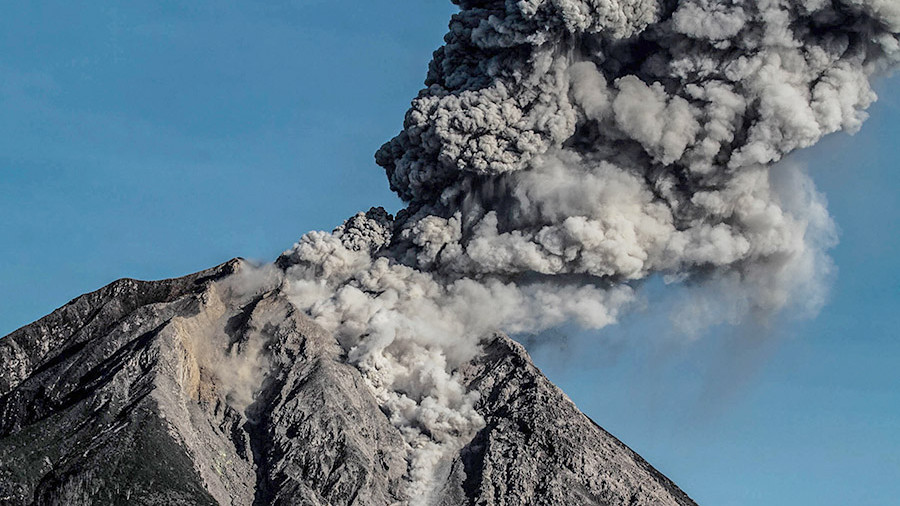 Located on the island Paramushir (Northern Kuriles, Sakhalin Region) Ebeko volcano on Monday afternoon threw a column of ash to a height of 2 km above sea level, the Kamchatka Volcanic Eruption Response Team (KVERT) of the Institute of Volcanology and Seismology of the Far East Branch of the Russian Academy of Sciences.

“According to the visual data of volcanologists from North Kurilsk, an ash drop to an altitude of 2 km was observed on the Ebeko volcano, and the ash cloud shifts to the north and northeast of the volcano,” the report said.

The current activity of the volcano, noted in KVERT, can affect low-flying aircraft and the airport of North-Kurilsk.

Earlier, the leading engineer of the Institute of Volcanology and Seismology (IVS) of the Far East Division of the Russian Academy of Sciences (RAS) Leonid Kotenko reported that every day on Ebeko in good weather conditions it is possible to fix from 4 to 10 ash emissions. Periodically, the wind brings ash to the city of North Kurilsk, then local residents wear masks or enter premises.

Scientists also reported that the current eruption of Ebeko – an ordinary event for this volcano, which is activated once in 25-30 years and its eruptions can last several years.

The city of Severo-Kurilsk is located between two loharovyh removals (mud lava) from Ebeko: one descended almost 7 thousand years ago, the second – 2,4 thousand years ago. The last major mud volcanic stream came down from Ebeko in 1934 and reached a diesel power station located 500 meters from the city.

The Ebeko volcano (1,156 m high) is located on Paramushir Island, 6 km from North Kurilsk, in the northern part of the Vernadsky Ridge. Ebeko is a complex stratovolcano with several crest peaks. In the craters there are hot lakes, thermal springs, solfataras. The last time the volcano erupted in 2012, then came a period of calm, which lasted until October 2016.

The lava eruption of Ebeko is unlikely, scientists believe, since this volcano refers to ancient fading volcanoes. The danger for the residents of North Kurilsk can be strong ash falls, hindering people’s breathing, poisoning people with volcanic gases, mudflows caused by a volcanic eruption. For aviation, the ash plumes of Ebeko are dangerous. The eruption of the volcano is expressed in the constant emission of steam and volcanic gases with an admixture of ash over the crater.