Ebeko Volcano on the Kuriles threw a column of ash 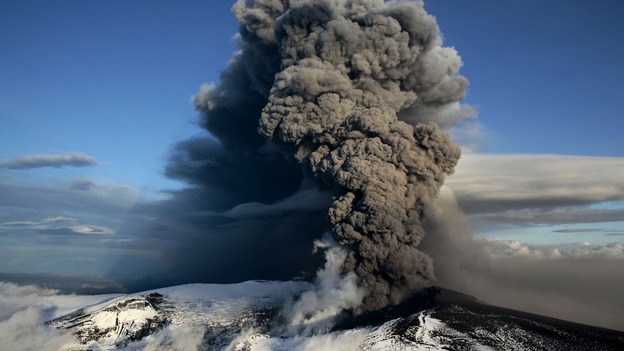 Ashfall at an altitude of 2 km recorded on Monday on the volcano Ebeko, located in the northern part of the Kuril Islands Paramushir.

A report on this is published on the website of the Ministry of Emergency Situations of the Sakhalin Region.
“This morning, the Center for Crisis Management EMERCOM of Russia in the Sakhalin region received information that at 10:20 on Ebeko volcano there was an ash release at a height of up to 2 km, the train spread southeastward to the Pacific Ocean,” it was noted. in the text.
According to the press service, in the city of Severo-Kurilsk, ash deposition is not recorded, there is no smell of hydrogen sulfide. There are no threats to the population.

The volcano intensified in November 2016. Ebeko is located 7 km north-west of North Kurilsk in the northern part of the Vernadsky range.