Ebeko volcano threw a column of ash at a height of 2.5 kilometers 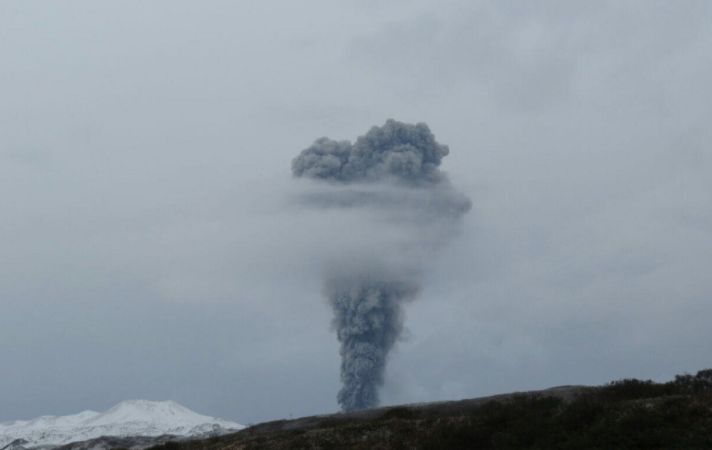 On October 18, another eruptive eruption occurred on Ebeko volcano, located on Paramushir Island. The beginning of activation was preceded by the intensification of fumarolic activity in the crater of the volcano.

The event is another manifestation of the eruptive activity associated with the activation of the volcano, which began in October 2016.

The Ebeko volcano (1156 meters high) is located in the northern part of Paramushir, 7 kilometers west of North Kurilsk. The construction of the volcano is a stratovolcanic cone elongated in the meridional direction, the top of which is crowned by three large craters (South, Middle, North) and a series of lateral explosive craters and exploding craters (about 10 in all). In the north-eastern sector of the North Crater is the modern active crater of the Ebeko volcano – the active funnel.