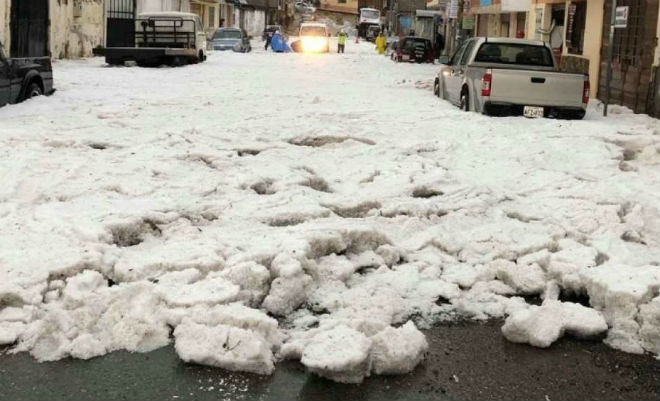 An unusually intense hail, accompanied by heavy rain, on Jan. 2 surprised residents of the city of the Bible in the province of Cañar in Ecuador.

According to the head of the local fire department, Romeo Fernandez, as a result of the most intense rainfall in the city for the past 15 years, roads were blocked, houses were flooded, cars were trapped. In some places, the height of the fallen hail was 10 cm.