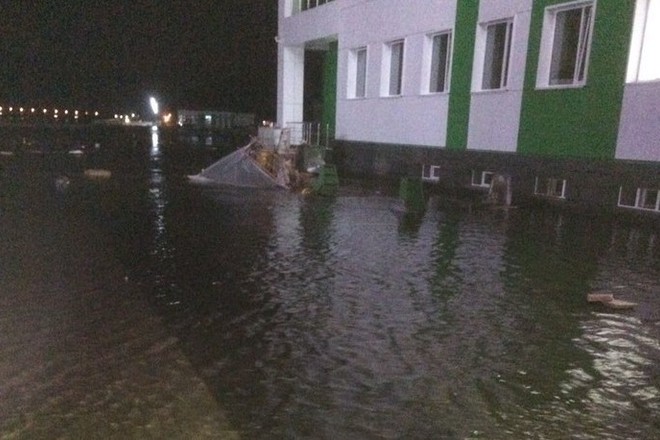 The emergency regime was introduced in the Bureisk district of the Amur region after an abnormal situation at the Nizhne-Bureyskaya hydroelectric power station. There was a damage to one of the pillars of the segment seal.

There is no danger of flooding for populated areas, the Emergencies Ministry reports. A headquarters has been created, which controls the situation. At the hydropower station there is an operational group. It will assess the scale and possible consequences of what happened. In the near future repair and restoration work will begin.

In all settlements of the Bureyskiy district, temporary gauging stations are installed downstream of the Bureya River from the dam of the Nizhne-Bureyskaya HPP. District authorities decided to introduce the emergency regime after damaging the gate of the spillway dam of the station. This is stated in the message of the Ministry of Emergency Situations of the Amur Region.

“A meeting of the commission for emergency situations and fire safety was held in the Bureisky district where a decision was made to introduce an emergency situation in the district. In all the settlements located downstream from the Nizhne-Bureyskaya HPP, the water level in the Bureya River , Temporary gauging stations have been set up.The heads of the settlements have conducted a bypass detour and notification of the population, there are no threats of flooding to populated areas, “the ministry said.

Currently, the water level on the Bureya River is declining. As of 07:00 on August 25, it was 324 centimeters. For comparison: if the phenomenon is unfavorable (water outlet to the lower floodplain without flooding the housing stock and economic objects), this level is 750 centimeters; At a dangerous phenomenon (flooding of houses) – 800 centimeters.