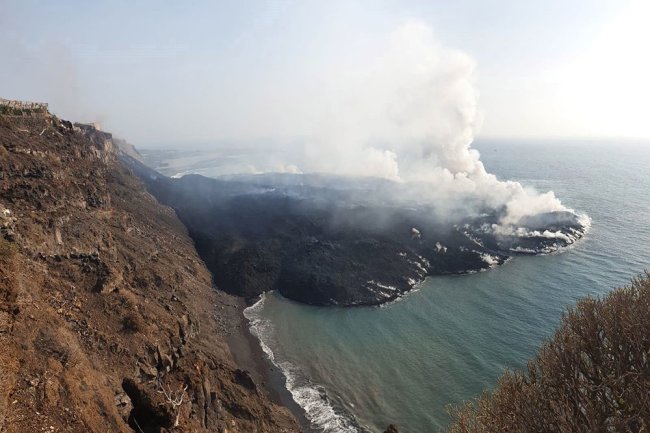 The eruption of the volcano Cumbre Vieja on the Canary island of Palma continues. Only on Monday, 115 earthquakes were registered here. According to the latest data, lava has spread over an area of ​​413 hectares, in some places the width of the flow has reached 1250 meters. At the same time, the area of ​​the island has increased by 32.7 hectares due to the lava that has fallen into the sea.

According to experts, the eruption in the Canary Islands affected not only Spain. If on Sunday haze was formed due to small particles ejected by the volcano on the Azores, located 1200 km away, now emissions of sulfur dioxide (SO2) have reached the coast of Cuba. According to the Institute of Volcanology of the Canary Islands, since September 19, when the eruption began, about 250 tons of SO2 have entered the atmosphere.

The Spanish Council of Ministers is expected to approve a € 206 million assistance program for the victims of the eruption today. These funds will be spent on rebuilding infrastructure, agriculture and the tourism sector. Earlier, the central government has already agreed to allocate 10.5 million euros for the purchase of houses and basic necessities for those who have lost their property.

Madrid may also request EU assistance to rebuild areas affected by the eruption. In the case of the Canary Islands, you can apply for it if the damage exceeds 400 million euros (for each European region, the amount is different, since it depends on the size of the GDP). According to the MEPs from the Canary Islands, this threshold has already been crossed.