England was exhausted by the unprecedented heat wave 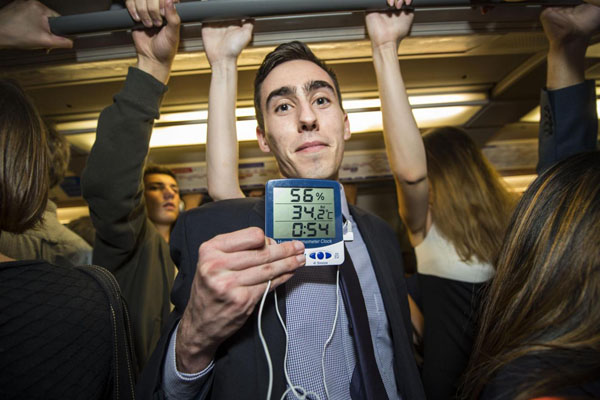 Londoners exhausted from the heat, who on Wednesday in the capital of England was even stronger than in Mexico. During peak hours in the subway to be was unbearable. Passengers reported that they felt trapped — air temperature in cars rose to 35 degrees Celsius.

Transport officials in London have urged passengers to take a bottle of water to cool off. It is reported that water and ice also handed out at stations. The city zoo, the caretakers have given animals the ice to those somehow could be cool.

In the network appeared a lot of photos were tortured by the heat of passengers and their unflattering reviews.

— I think I look now as it can describe this heat is unbearable. Some people suggest not to travel by subway. Well, if they get it, but I have to work. Today was particularly difficult. Sure on the other lines fared well.

— Very hot. There is no ventilation. I drove over the center line and feel defeated. No strength to even sit.

— It’s awful and seriously bad. I was sure that cars have air conditioning. Even any train Beijing’s case with ventilation better than here.

— There’s no air, no air movement.

The temperature in London was the same as in Bangkok, and even higher than in Madrid and Los Angeles.