Epidemic of the plague in Madagascar 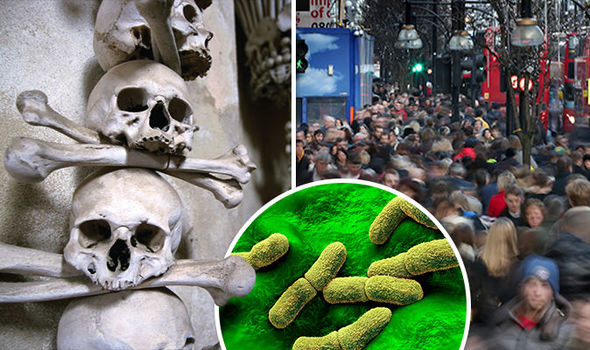 The plague has already spread to 37 of the 114 regions of Madagascar. From August 1 to October 20, the disease was suspected in 1153 cases, 300 of them were confirmed. To date, 94 people have died from the plague on the island.

The authorities of Madagascar appealed to the inhabitants of the island with a call to abandon the ceremony of Famadihana – ritual dances with deceased relatives.

During this ritual, the dead are taken out of their graves, dressed in a new shroud, taken in their arms and danced, and then returned back. It is believed that in this way the relatives of the deceased receive their blessing. In addition, according to local beliefs, a person goes to another world only completely decomposed, and before that he needs to periodically “contact” with relatives.

However, because of the outbreak of plague on the island, the ceremony of Famadihana became a real danger.

Plague is one of the most terrible among infectious diseases known to us. Perhaps, even the most terrible. The bacterium that causes it is called “plague stick” or “yersinia pestis”. It has the strongest virulence, that is, the ability to reproduce in the body to capture and destroy living tissues. When we talk about large-scale and fatal epidemics, first of all we call plague and cholera. Plague is more dangerous than cholera, as it kills only people who are vulnerable because of their age or ill health. The plague destroys both the strong and the weak. At the same time, cholera is easier to transmit and spread faster.

A pandemic is an epidemic that spans several continents and potentially all countries of the world.

In the history of mankind there were three great pandemics of the plague. The first, Justinian plague, began in 542 and lasted 50 or even 60 years. The most affected regions were the center and the east of Africa (from there it probably came), as well as the coast of the Mediterranean Sea. At first the plague began to rage in the ports, and then the infection made its way into the depths of the countries. Judging by the stories of those times, the disease could kill 100 million people.

The second pandemic of the plague began in the XIII century in Central Asia, where a well-defined focus was formed. The epidemic raged in India, China, North Africa, the Middle East and throughout Europe, where it remained in the memory of people as a “black death.” According to various estimates, over four quarters of Europe’s population died during the four centuries of the pandemic. Hunger and war on the continent, of course, have further increased mortality.

The third known pandemic of the plague began in the Chinese province of Yunnan in the middle of the XIX century. The development of more rapid modes of transport (steamer, railway) allowed the disease to disperse quickly and reach regions where it had not existed before, beyond the Far East and India. During this pandemic, the plague came to the United States, South Africa, Latin America, including Madagascar.