Eruption of a mud volcano in Azerbaijan 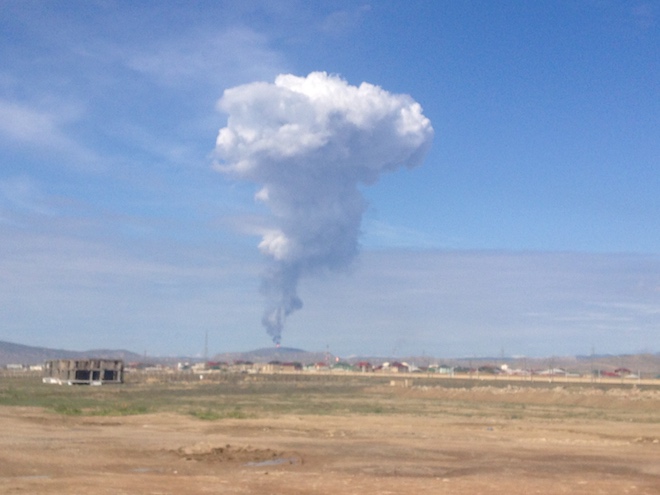 A mud volcano Toragay woke up in Azerbaijan. As the head of the Absheron mud volcano reserve Jeyhun Pashayev said, the eruption occurred in 2 stages.

In the course of the first, a strong hum was heard, and then one could observe a pillar of fire up to 500 m high, after which a cloud of smoke remained, which did not dissipate for 20 minutes. The second eruption occurred two hours later, from another volcanic canal. As explained by Pashayev, both eruptions did not occur from the same void, which proves different places of accumulation of mud.

Specialists from the Ministry of Ecology and Natural Resources and the National Academy of Sciences could not come close to the volcano to explore the process. The second attempt to approach the top of the volcano was carried out on Monday, April 23.

According to the authorities, as a result of eruptions there are no victims. At the moment, Toragay ceased to be active.

It is interesting that there are more mud volcanoes in Azerbaijan than anywhere else in the world – about 350 of 800 mud volcanoes on the planet are in this country. They are located not far from Baku. Presumably, the first eruptions here took place 25 million years ago. It is known that since 1810 in Azerbaijan there were about 200 eruptions from 50 volcanoes.