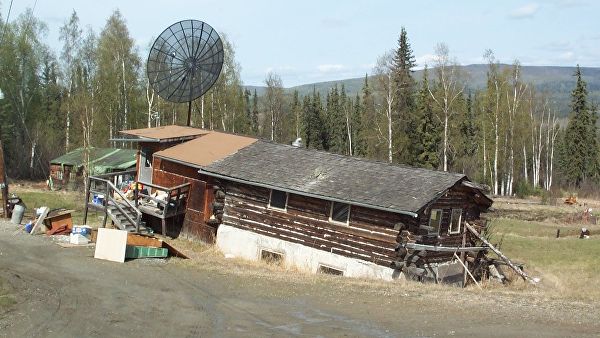 The destruction of centuries-old permafrost reserves in the Arctic will deprive the Earth’s economy of several tens of trillions of dollars, which is comparable to the annual GDP of the entire planet. This is written by climate scientists in the journal Nature Communications.

“Our research shows that we must begin to fight global warming even more actively and keep temperatures from going through two degrees Celsius. We hope that now we will be able to more accurately assess the role of various non-linear processes on the planet’s climate both in the Arctic and its borders, “said Dmitry Yumashev from the University of Lancaster (UK).

In recent years, climatologists have seriously worried that the warming of the Arctic will lead to the rapid disappearance of all permafrost reserves that have arisen in the soil of Siberia, Alaska and the polar regions of Canada during the last glaciation. According to current forecasts, about a third of the permafrost in the southern regions of Siberia and Alaska will disappear by the end of this century.

Thawing of permafrost, as scientists believe today, will release a huge amount of organic matter, frozen into the soil and accumulated there over millions of years of glaciation. These plant and animal remains will begin to rot, releasing methane and carbon dioxide into the atmosphere, as well as burning during natural fires, which will further accelerate global warming.

In addition to nature, these catastrophic processes will also have an extremely negative impact on the inhabitants of the Arctic. Recently, Russian and foreign climatologists have found that melting of permafrost will affect over 70 percent of the infrastructure in the polar cities of Russia, Canada and the United States, and these processes can no longer be stopped regardless of the future Paris Agreements.

Yumashev and his colleagues conducted the first economic assessment of the consequences of this natural disaster. To do this, scientists have studied how permafrost thaw will affect two of the most important parameters that control global warming speed — how much heat and light reflects the Earth’s surface and how the disappearance of permafrost affects the rate of melting of the Arctic itself.

Most of the current climate models, as the scientist notes, imply that the first of them practically does not change, and the second is zero or close to this. The authors of the article checked whether this is in fact the case, using the latest data on how the state of permafrost has changed in recent decades.

Their analysis showed that both factors influence global warming much more than scientists had previously thought, and this effect will be non-linear. So scientists call the processes, the strength of which can dramatically decrease or increase even with small changes in the values ​​of the parameters on which they depend.

As shown by the calculations of the Yumashev team, the influence of both of these and other parameters on the climate and the economic damage from global warming was significantly underestimated. Even if the Paris Agreements are fully implemented, thawing permafrost will add about 5 percent to the effects of climate change and deprive the world’s economy of about $ 20 trillion over the next three centuries.

If global warming is halted at two degrees, or all agreements to combat it are curtailed, the damage to the economy, due to the non-linear nature of these processes, will be significantly higher – 50 and 67 trillion dollars. The overall level of economic damage from global warming, in turn, will approach $ 2.2 trillion.

As the researchers note, this level of economic damage makes the melting of the Arctic and the release of its resources unprofitable not only for the southern tropical countries that are hardest hit by global warming, but also for the polar states, including Russia, the USA and Canada.