Estimated future loss of new York from the heat and drought 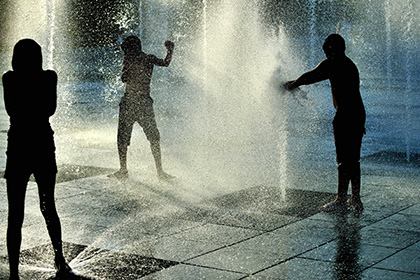 The American climate scientists estimated the number of annual deaths from global warming in new York city by 2080. Devoted to the study published in the journal Environmental Health Perspectives, briefly about it reports the edition Scientific American.

In the case that the observed climate change trend will continue until 2080, by this time each year from extreme heat will die 3331 resident of new York. The main cause of death will be stroke and heart attacks, as well as problems with the respiratory system.

The most vulnerable to extreme heat will be the elderly and those who suffer from chronic diseases of the cardiovascular and respiratory systems. The study includes consideration of the optimistic scenario, where emissions of greenhouse gases in the atmosphere will be reduced. In this case, the 2080-mu annually from climate change will be killed 1552 people. However, this scenario, according to scientists, it seems unlikely.

Global warming occurring on Earth that will lead to growth for the coming decades in some areas the average summer temperatures by a few degrees. The main reason for the phenomenon is called the anthropogenic factor (the emissions of greenhouse gases in the atmosphere).