Europe fell in the snow and frost 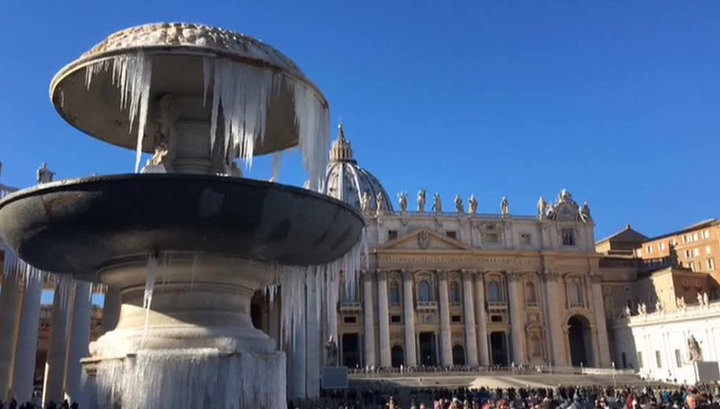 In Europe because the frost killed more than 20 people. Among the dead from hypothermia many homeless people and migrants.

In Poland, killed 10 people, homeless shelters are overcrowded, the roads are chaos. The air temperature in the night of 7 January was falling in several provinces of the country to -20 degrees and below.

In Prague, as reported by the Czech authorities, last night was the coldest since the beginning of winter. Victims of cold weather there were three people.

At least three refugees from the cold died in Bulgaria. Snowfall stopped traffic on the North-East of Bulgaria — the rose buses, cars to drive banned. People trying to get food on bicycles. Dozens of towns and villages left without electricity, heating and water. Border crossing between Macedonia and Serbia is closed to heavy trucks flow.

Snow covered fifty national roads in Romania. Visibility is minimal, and all this is compounded by hurricane-force wind gusts around 100 kilometres per hour. People stuck on the roads, rescue the rescuers, they move on caterpillar transport.
In Serbia freeze the migrants, about a thousand people refused to stay in the reception centres of refugees, fearing that they would be sent to Macedonia. In the end they crammed into abandoned industrial buildings, warming ourselves by the fire, and the temperature dropped to -20.

Greek ports are covered with snow, the camps of migrants is also under a thick layer of frozen water.

Frosts in Croatia aggravated by a strong wind, he looked up at the sea of high wave. To move on the roads only using the circuit.