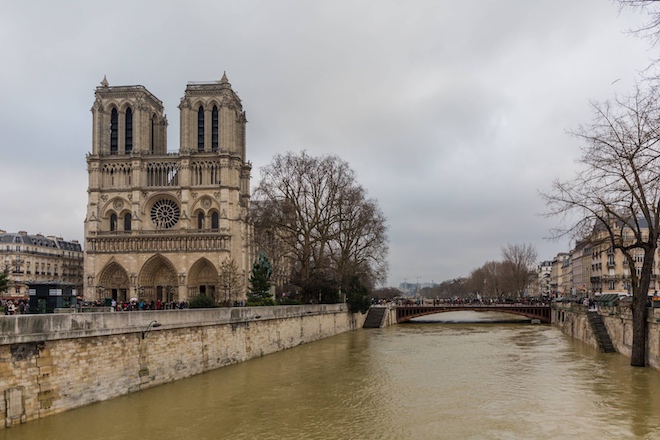 While Paris is gradually recovering from the Seine flood, scientists warn that Europe will be flooded in the future due to global warming.

Damage from flooding in Europe as a result of the river outflow from the coast will more than double and will amount to 15 billion euros per year, even with the most optimistic forecast of the warming of the planet, according to a study published in the journal Climate.

According to the worst scenario, with a temperature increase of 3 ° C, flood damage for Europe will increase by 145%, that is, up to 17 billion euros per year, and will affect about 780,000 people.

Scientists say that the Earth has already warmed to an average of a degree, and even if all nations fulfill their promises as prescribed by the Paris Agreement, it will still heat up at least 3 ° C.

The Joint Research Center of the European Commission took part in the latest research, which collected data from several modeling tools.

Floods are already one of the most costly natural disasters affecting Europe. Their influence in recent decades has increased due to the growth of cities and the population.

Climate change is likely to change the nature of precipitation. The atmosphere will become warmer and will retain more moisture falling out in the form of rain or snow.

Accurate forecasts of the rate of climate change are crucial for risk planning. “This work confirms that the consequences of global warming associated with the risk of flooding in Europe are widespread. Our results show that significant impacts can be avoided by limiting global warming to lower temperature thresholds. However, in Europe, a significant increase in the risk of floods is forecasted even in the most optimistic scenario of warming at 1.5 degrees, “the study authors write.

In Paris, the Seine peaked on Monday, when the water in the river rose more than 4 meters above normal level. According to Meteo France, in December and January, about 282.5 millimeters of precipitation fell in France – the highest average for two months in at least 59 years.

Mayor of Paris Anne Hidalgo on Sunday named the spills of the Seine in 2016 and 2018 as evidence of the need to adapt the city to the risks of climate change.

Earlier this month, research authors in the journal Science Advances warned that global warming would expose millions of people around the world to river floods in 25 years, especially in the United States, as well as in parts of Asia, Africa and Central Europe.