Europe is waiting for more extreme weather than previously thought 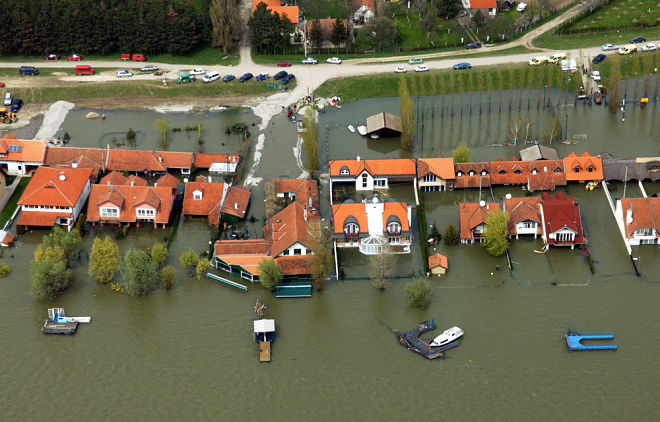 Scientists from the University of Newcastle (UK) for the first time analyzed the upcoming changes in the frequency and intensity of extreme weather events for all European cities. According to the results of a study covering 571 regions, floods, droughts and heat waves will be greater than expected by 2050-2100.

Using all available climate models, the team demonstrated results for three possible exposure scenarios – low, medium and high. The study showed that even with the most optimistic development of events, the number of days with heat waves and their maximum temperature will increase for all European cities.

Southern European cities are waiting for the greatest increase in the number of warm days, and Central European – the largest temperature increase during the heat waves, which will be from 2 ° C to 7 ° C for the first level scenario and from 8 ° C to 14 ° C for maximum. In addition, in southern European cities, even under the most optimistic forecasts, droughts will intensify, and in the northwest – river floods.

Some of the worst floods are projected to hit the British Isles. Even in the most optimistic scenario, 85% of the cities in the UK, which have rivers, will face more intense river floods. According to the maximum scenario, half of the British cities will have at least a 50% increase in the maximum river levels.

It is expected that by 2051-2100, under a low-impact scenario, cities in the south of Iberia, such as Malaga and Almeria, will experience twice more severe droughts than in 1951-2000. In a scenario with a high level of impact, 98% of European cities are expecting increased droughts. In general, droughts in Europe will be 14 times worse than today.

Among the European capitals, Dublin, Helsinki, Riga, Vilnius and Zagreb are likely to experience the most extreme floods. In a high-impact scenario, several European cities have a more than 80 percent increase in maximum river levels, including Santiago de Compostela in Spain, Cork and Waterford in Ireland, Braga and Barcelos in Portugal and Derry / Londonderry in the UK.

In Stockholm and Rome, the greatest increase in the number of days with heat waves was observed, while in Prague and Vienna the greatest increase in the maximum temperature was observed during the heat waves. Lisbon and Madrid are one of those capitals in which droughts will be more frequent and larger. The cities of Athens, Nicosia, Valletta and Sofia are expected not only by drought, but also by unprecedented heat.

According to Professor Richard Dawson, co-author and lead author of the study, the findings highlight the need to adapt and prepare our cities for these future conditions. “Already now we see the consequences of extreme weather events. The sen in Paris rose more than 4 meters above its normal level, and Cape Town could soon be without water, “the scientist said.

The Intergovernmental Panel on Climate Change (IPCC) recognized the important role of cities in combating climate change and its impacts. Next month, the first conference on this issue will be held in Edmonton, Canada, on this issue of the Cities and Climate Change Science Conference. The key objective of this conference is to unite and stimulate the actions of researchers, politicians and industry to address the urgent problem of preparing cities, their populations, buildings and infrastructure for climate change.