Europe is waiting for the coldest February in five years 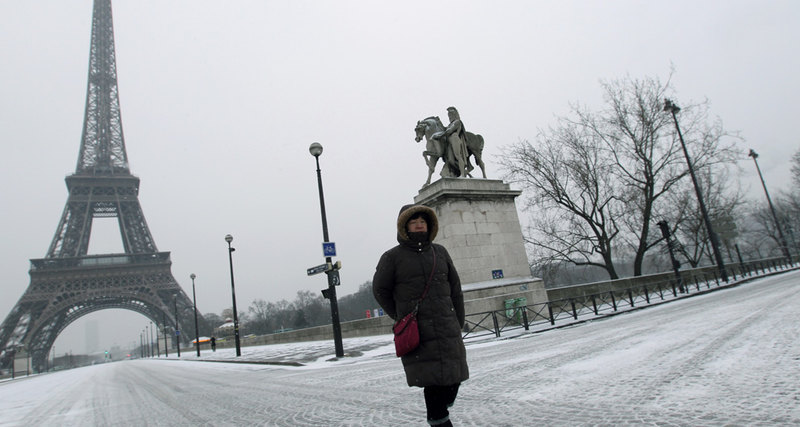 Perhaps from a trip to England or France, not to mention the countries of Eastern Europe, should be abandoned: the Old World is waiting for a strong cold. Where did they come from?

Computer meteorological models show that at the end of winter Europe is waiting for frost; perhaps the second half of February – the beginning of March 2018 will be the coldest in the last few years, at least since 2013. In Eastern Europe and Scandinavia temperatures will drop to -20 ° C, but cold will affect the western part of Europe – Germany, France and even the UK. Cooling will last about 10 days

In the European media, the approaching cold is called a “monster from the east”, because cold will bring cold air from Siberia. European meteorologists are also waiting for heavy snowfalls and asking road services to be prepared in advance.

The reason for this is the North Atlantic Oscillation, the SAA, which consists in opposite changes in the barometric pressure near the coasts of Iceland and the Azores. It corresponds to the oscillations of the force of the main western winds directed across the Atlantic to Europe, and, consequently, to the oscillations of the accompanying cyclones with the corresponding atmospheric fronts. About a week ago, a high pressure area formed over the Scandinavian Peninsula. The wind blowing from this region attracts, in the final analysis, the Siberian masses of cold air; clockwise air flows bring cold air to Europe.

Ironically, all this cold cataclysms are the result of warming. The region of high pressure in the northern latitudes arose due to the formation of an abnormally high temperature in the stratosphere, in the Northern Hemisphere. A warm “pillow” began to form last week and launched a chain of events, which in the end should lead to the cold air coming from Siberia to where it usually does not reach. Therefore, with a trip to Europe, planned for a soft “eurozim” and long walks, it is worth putting aside: the temperature difference between Moscow and Paris, Smolensk and London in the coming weeks may not be.