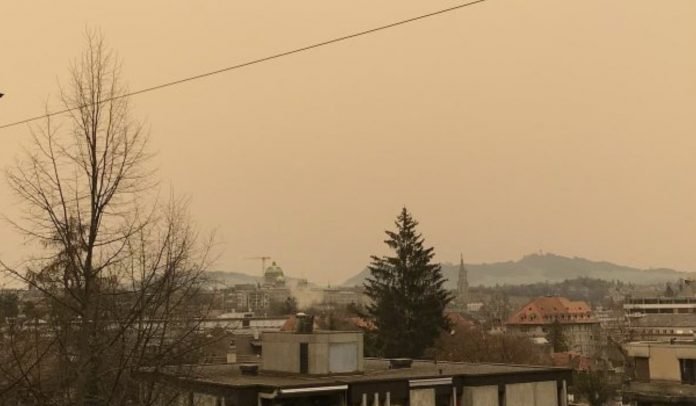 The sand from the Sahara that covered Europe in February 2021 was radioactive. It showed traces of French nuclear tests in the Sahara in the early 1960s in the form of cesium-37.

The dust collected at Haut-Doubs was analyzed by the ACRO laboratory, and scientists have clearly identified the presence of cesium-137, an artificial radioactive element produced by nuclear fission during a nuclear explosion.

The dropped out trace amount of cesium-137 (80,000 Bq per km2) is not hazardous to health. Yet a cloud of dust scattered old traces of cesium-137 wherever it took place in France and in neighboring countries.

Cesium-137 has a decay time of 30 years. It loses half of its radioactive content every 30 years. Thus, after 7 cycles of 30 years, it is believed that only 1% of the radioactive material remains.

In fact, this means that in the Sahara and southern Algeria, the population lives daily by inhaling cesium-137, some areas are still heavily polluted, this gives an idea of ​​the pollution at that time.

Nuclear tests in the Sahara

France conducted its first nuclear test on February 13, 1960, near Reggana in southern Algeria.

The atomic bomb “Blue Gerboise” with a capacity of 70 kilotons exploded at 7 am local time, turning into an explosion 3-4 times more powerful than in Hiroshima.

France then chooses Polynesia to continue its nuclear tests, which were terminated by Jacques Chirac on January 29, 1996.

Now, 60 years later, these traces of nuclear tests are returning to the French like a boomerang …