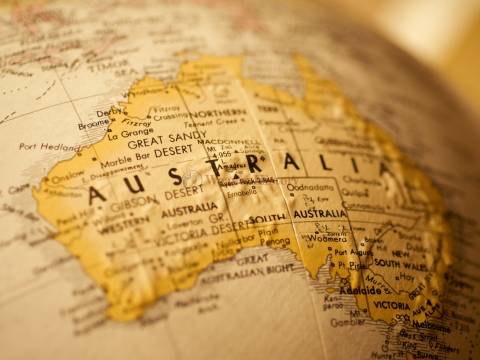 Scientists came to the conclusion that the European winter “wobbly” Australia. The reason for this is the accumulation and melting of snow, leading to the displacement of the center of mass of the Earth.

Further research showed that Australia was not “fixed” during the onset of summer in the southern hemisphere it is shifted by about a millimeter. While the North-Western part of the continent submerged in the ocean waters and the bowels of the earth at 2-3 mm, and the South-Eastern part of the continent, on the contrary, rises. To understand the reason of all these phenomena, the scientist analyzed information from 14 different tracking stations GPS located in Australia, as well as the data sent gravimetricheskie satellites NASA.

It turned out that the cause of “vacillation” is Europe located on the back (compared to Australia) side of the Earth. To be more precise, this phenomenon cause the European winter, influencing the center of mass of the Earth. In the cold season Europe covers a huge amount of snow and ice, and in summer this water enters the World ocean. A huge weight of snow and ice mass exerts incredible pressure on the underlying earth’s rocks, which leads to a change of the center of mass of the Earth. This shift “pulls” Australia North-West, as well as forcing her to dive into the deep. When Europe comes summer, Australia goes back to its “original” position.

The author of the discovery believes that this kind of “wobbling” characteristic of all the continents, but in the case of Australia this phenomenon much better.

Earlier it was reported that during the Christmas holidays the Australian continent is “shifted” by almost two meters to the North. We are talking about the offset grid of Australia.