European beaches are contaminated with micro-plastic 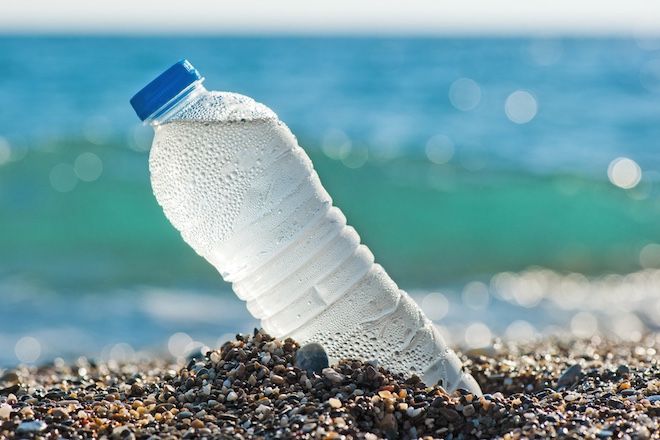 Plastic everywhere. So, in brief, you can describe the results of a study of a student Frukki Lotz and her supervisor Tiys Bosker from the College of Leiden University. They found that on European beaches for each kilogram of sand, an average of 250 particles of microplastic. In some places this figure is many times greater. Thus, 700 microparticles of plastic per kilogram were found on one of the beaches in Iceland, up to 1500 particles in Italy, 500 particles on a beach near The Hague.

These data are included in a larger study of microplastics on European beaches. Researchers analyzed a total of 23 locations in 13 European countries. The results of their work they recently published in the journal Marine Pollution Bulletin.

According to Tiys Bosker, absolutely all the studied areas of European beaches were contaminated with microscopic particles of plastic. As explained for clarity, the scientist, in a standard coffee cup filled with sand, will contain at least 20 at first glance indistinguishable from the grain of sand particles of plastic.

To their work, Lots and Bosker enlisted volunteers to collect samples, disseminating information about the study through their website and social networks, as well as the extensive international network of the College of Leiden University. This is what allowed the scientists to include in the study a fairly large number of European beaches. A new standardized method for analyzing the content of microplastic was used to collect and extract sand samples, thus avoiding variation in interpreting the results of the study. As shown by the previous studies of Tiys Bosker, it is the differences in the methods of plastic extraction in the laboratory that are the main source of variations.

The study of Tiys Bosker continues to this day. Now he has focused on the beaches of the Netherlands and the Caribbean. In addition to studying the distribution of microplastic in the environment, his group is also studying the potential harmful effects of microplastics on organisms – plants and animals.

“Just because we observe a large amount of microplastic on beaches, does not necessarily mean that it affects organisms negatively. More research will be needed to see if we need to worry about the effects of microplasticity on the health of ecosystems, “said Thys Bosker.