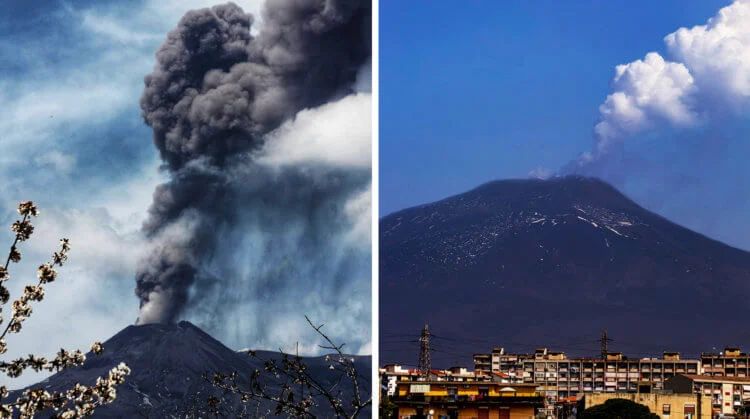 Have you noticed that recently the phrase “volcanic eruption” often flashes in the news? In fact, about 60 volcanoes erupt every year on our planet. We are already accustomed to the wild nature of many of them, while some may be taken by surprise. So, on April 19, 2020 in Italy, Etna, the largest volcano in Europe, woke up, located on the eastern coast of Sicily. Pillars of ash and smoke reached several kilometers in height, and streams of red-hot lava flowed from the southeast crater. From the Sicilian city of Catania, located 30 kilometers from Etna, one could clearly see pillars of smoke. However, Etna is not the only active volcano in Italy, not to mention other countries.

In December 2015, the most powerful eruption of Etna volcano occurred in the last 20 years.

Active Earth Volcanoes
Volcanoes are geological formations located on the surface of the earth’s crust. Magma is a natural, most often liquid melt in the earth’s crust that forms igneous rocks. The spilled magma, the one that lost water, carbon dioxide, chlorine, etc. is called lava. When magma comes to the surface from the vent of a volcano, it forms lava and volcanic gases.

A volcanic eruption is the release of an outpouring of magma onto the earth’s surface, which, when spilled, becomes lava. Volcanic eruptions are considered a geological natural disaster, with a time period of several hours to several years. 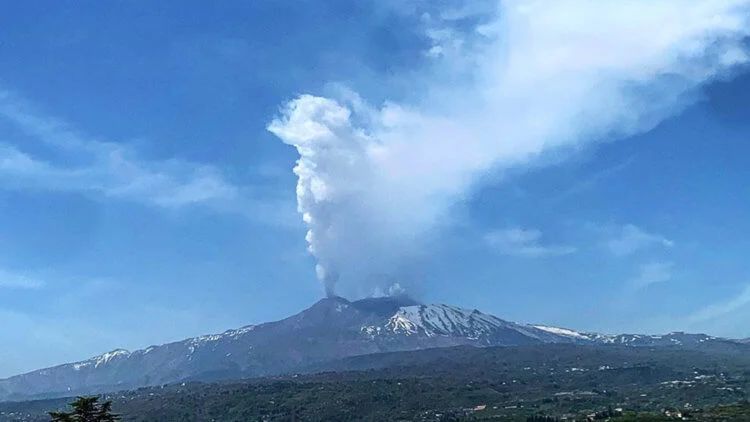 Etna volcano in Italy is one of the most powerful volcanoes on Earth. Its activity has influenced the formation of the modern relief and today it is one of the main attractions of Sicily. It is noteworthy that Etna erupted even before our era and still remains one of the most active volcanoes on the planet, in general erupting for about 2700 years. According to official figures, scientists have recorded 150 eruptions. In height, the highest and most powerful volcano in Europe reaches 3346 meters.

While researchers observe the activity of Etna, the government announced the evacuation of local residents and residents of nearby settlements. The good news is that the volcano is located in a desert area, so you should not be afraid. Volcanic activity began on April 19 at 23:26. The eruption began with an explosion of ash, which rose about five kilometers in height, and its intensity gradually increased. According to Euronews Weekly, the station for monitoring seismic activity of the National Institute of Geophysics and Volcanology of Catania (INGV) also recorded a lava flow.

In June 2013, Etna was listed as a UNESCO World Heritage Site. In March 2017, during the next volcanic eruption in Sicily, ten people were injured. 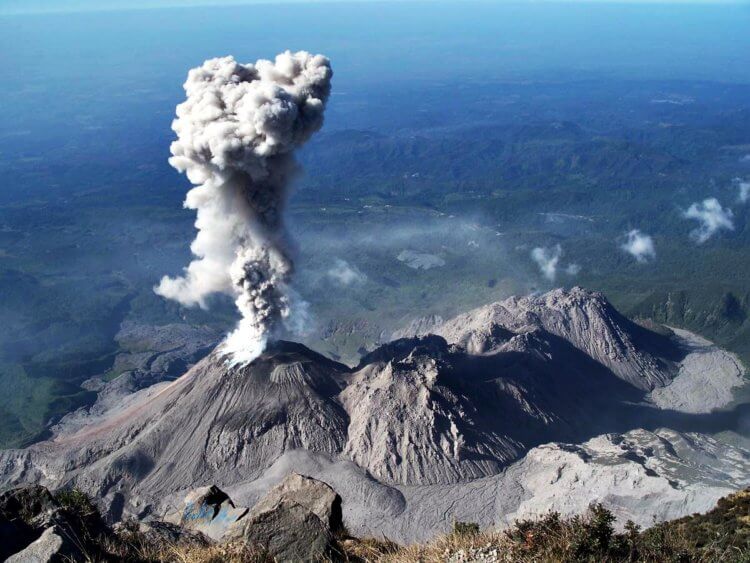 The volcano of Santa Maria rises above the Pacific coastal plain of Guatemala. Santa Maria is one of the most dangerous volcanoes in the world. Its height reaches 3,772 meters, and Santa Maria itself consists of alternating layers of hardened ash, lava and rocks. The most catastrophic eruption of Santa Maria took place in 1902 and caused serious damage to the whole of southwestern Guatemala, resulting in the formation of a crater on the side of the volcano. Santa Maria is part of the Sierra Madre volcanic ridge, which extends along the western edge of Guatemala and is separated from the Pacific Ocean by a wide plain. 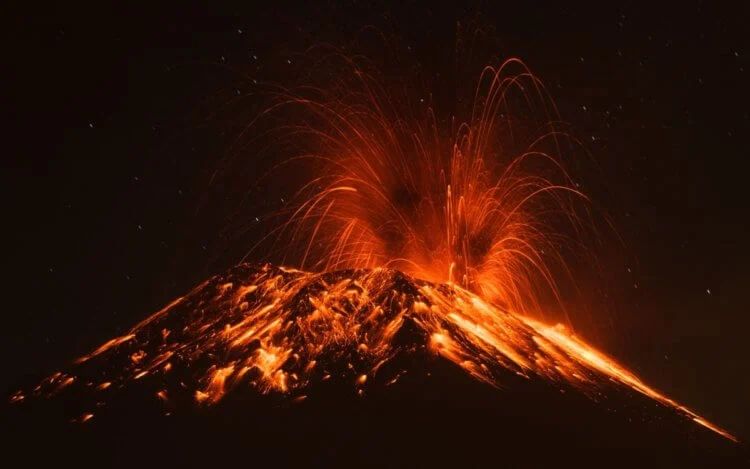 Stromboli volcano, located off the western coast of southern Italy and the northern coast of Sicily, has been erupting almost continuously for more than 2000 years. Stromboli is a volcano consisting of alternating layers of hardened ash, lava and volcanic rocks. A major 2002 eruption caused a small tsunami and damaged the village of Stromboli on the north side of the island. It is noteworthy that the island of Stromboli is the top of a huge underwater volcano. The island grows as the volcano continues to pump out fresh lava.