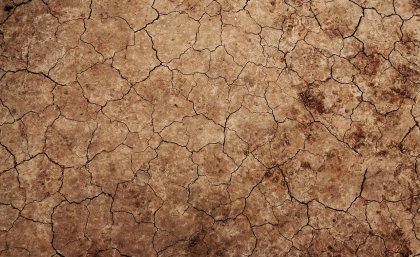 Mega-droughts – droughts that last two decades or longer – are tipped to increase thanks to climate change, according to University of Queensland-led research.

The revelation came after an analysis of geological records from the Eemian Period – 129,000 to 116,000 years ago – which offered a proxy of what we could expect in a hotter, drier world.

“We found that, in the past, a similar amount of warming has been associated with mega-drought conditions all over south eastern Australia,” Professor McGowan said.

“These drier conditions prevailed for centuries, sometimes for more than 1000 years, with El Niño events most likely increasing their severity.”

The team engaged in paleoclimatology – the study of past climates – to see what the world will look like as a result of global warming over the next 20 to 50 years.

“The Eemian Period is the most recent in Earth’s history when global temperatures were similar, or possibly slightly warmer than present,” Professor McGowan said.

“The ‘warmth’ of that period was in response to orbital forcing, the effect on climate of slow changes in the tilt of the Earth’s axis and shape of the Earth’s orbit around the sun.

“In modern times, heating is being caused by high concentrations of greenhouse gases, though this period is still a good analogue for our current-to-near-future climate predictions.”

Researchers worked with the New South Wales Parks and Wildlife service to identify stalagmites in the Yarrangobilly Caves in the northern section of Kosciuszko National Park.

Small samples of the calcium carbonate powder contained within the stalagmites were collected, then analysed and dated at UQ.

That analysis allowed the team to identify periods of significantly reduced precipitation during the Eemian Period.

“We hope that this new research allows for new insights to our future climate and the risks it may bring, such as drought and associated bushfires.

“But, importantly, if humans continue to warm the planet, this is the future we may all be looking at.”

The research was part of a project supported by Snowy Hydro Ltd to develop understanding of likely climate variability in a warmer world and the impact on the hydroclimate of southeast Australia.

Image above left:  Professor Hamish McGowan gaining access to stalagmites around 120 metres below the surface in the Grotto Cave, NSW.