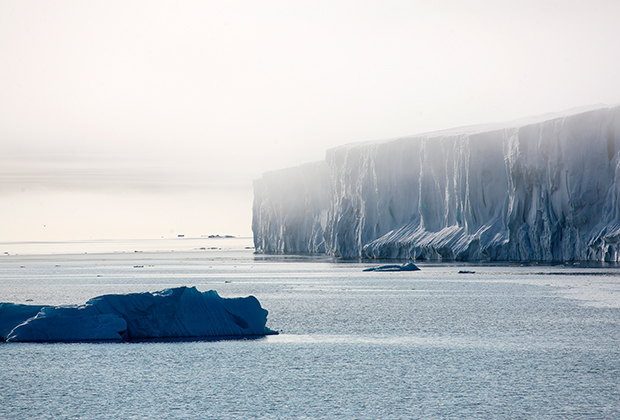 A detailed mapping of the Denman Glacier in East Antarctica – the most meticulous to date – revealed an unreliable foundation, the shape of which can make the heart of this glacier incredibly vulnerable to climate change.

For almost three decades, the Denman glacier has shrunk by about five kilometers and lost more than 250 billion tons of ice. In the worst case scenario, the damage can be much greater. Unlike other glaciers in Antarctica, Denman is especially dense – it is located in a canyon 3500 meters below sea level. Moreover, it is tilted in the opposite direction from the ocean, which also plays a large role.

The latter circumstance may seem illogical. Could it make the glacier more stable? Not really. This form allows warmer ocean water to slide down the slope and penetrate to the base of the glacier, washing it off.

If the point at which the glacier floats across the sea (known as the “ground line”) continues to retreat to the very ice-covered Aurora basin, about 160 km from the coast, then the situation could get out of control. Researchers say that it will inevitably meet thicker ice, which will allow a growing amount of meltwater to flow into the ocean.

“Because of the shape of the land beneath the western side of Denman, there is potential for a quick and irreversible retreat,” explains NASA geologist Virginia Brankato, “which means a significant increase in sea level worldwide.” If the entire glacier is washed into the ocean, the authors predict a rise in sea level of 1.5 meters. Given the accompanying factors and the melting of other glaciers, this situation could turn into a disaster.