Extreme natural phenomena and their connection with climate change 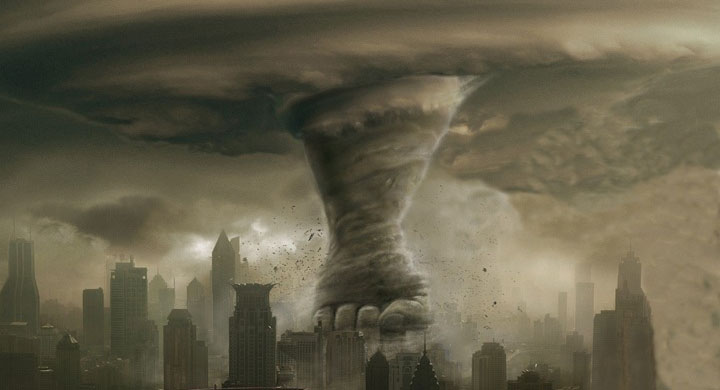 The abnormal heat in Europe and Asia, the fires on Alaska, unusually solar winters in Great Britain and floods in Florida last year resulted from anthropogenous activity and are bound to emissions of greenhouse gases, – scientists consider.

The report “Extreme natural phenomena and their connection with climate change” is based on results of 25 scientific works devoted to studying of the abnormal weather conditions in 2015 on five continents and in two oceans. The contribution to work was brought by 116 scientists from 18 countries. The data submitted in it cover not all weather changes, and only a number of the cases which are of interest.

“The most serious evidence of influence of activity of the person on the nature is bound to the thermal phenomena, – it is said in the report. – Here the become frequent periods of the abnormal heat, decrease of snow cover in mountains, record-breaking low area of the Arctic sea ice in March and unusually high frequency and duration of wildfires on Alaska belong”.

The pilot studies showed that the climate change caused by emissions of greenhouse gases in the atmosphere became the main reason of temperature increase.
“Climate change leads to the abnormal heat in many regions worldwide”, – Stephanie Herring from National administration of oceanic and atmospheric researches says.

According to scientists, unusually solar winters in Britain in the last two years, most likely, are bound to global warming. In coastal areas of Miami the water line during inflows in sunny days increased more than by 500% for the last two decades that is bound to sea level rise.

Global warming increases risk of emergence of wildfires. On Alaska in 2015 5,1 million acres (20,700 sq.km) of the woods burned down, it is the second-large fire since 1940 – time when the accounting of data began. In the future the risk of emergence of the fires can increase by 34% and reach 60%, it is told in a research.

Besides, according to forecasts of scientists, storm and other sea cataclysms as glaciers thaw around the world will become frequent, and the water line rises.

However not all extreme weather events – a corollary of harmful pollutions. Extreme cold in east part of the USA and Canada does not concern to them, late approach of a rainy season in Nigeria and is abnormal a large amount of rainfall which dropped out in December in the Indian city of Chennai, – it is said in the report.